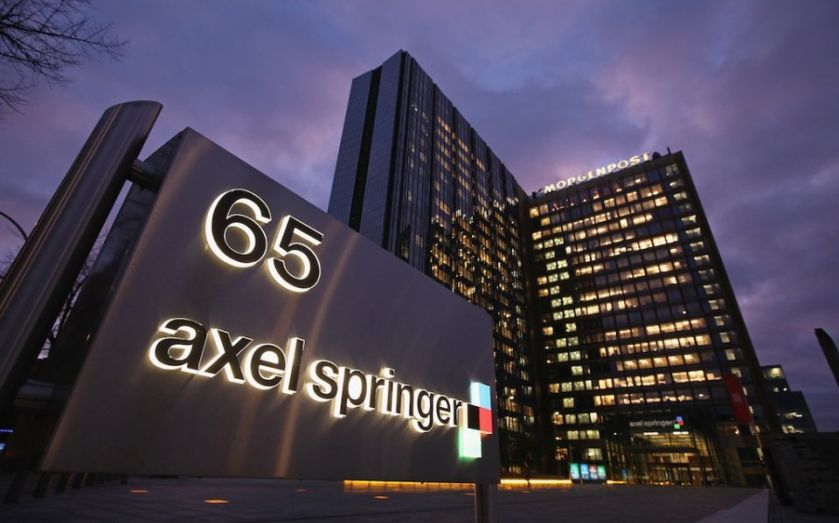 Shares in Axel Springer, the German media giant, ended today up over 2 per cent, on the back of escalating rumours of a media mega merger.
The publisher of Europe’s best selling tabloid newspaper, Bild, had yesterday failed to quash rumours that are swirling that it is in merger talks with Germany’s top broadcaster ProSiebenSat 1.
However, any such deal still faces challenges to be completed. Axel Springer’s majority shareholder, Friede Springer, said yesterday she would not give up control of the company founded by her late husband.
There are also regulatory hurdles that would have to be jumped. The two companies generated combined revenues of €5.88bn last year, with Axel Springer accounting for €3bn of that.
The regulatory problems stopped a similar deal between the two firms a decade ago.
Noting the issues that any deal would face, Liberum analyst Ian Whittaker wrote in a comment that “At first sight, it would look like any deal would have no chance of going through.”
He added  “We think there is a chance something may be allowed this time” as the German government is concerned about the power of big US media firms.