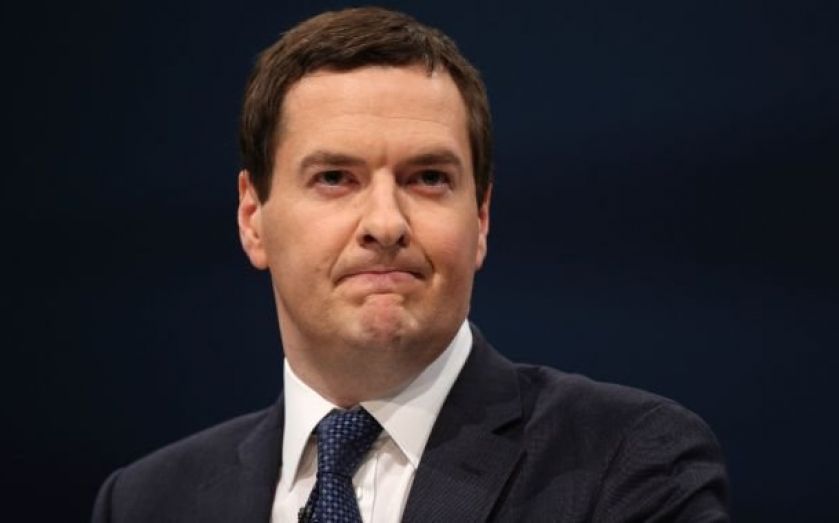 The UK government has withdrawn its legal challenge to the EU bankers’ bonus cap, George Osborne admitted today.
The chancellor admitted the challenge was “unlikely to succeed” after an advisor to the European Court of Justice rejected the UK government’s argument.
The EU legislation limits bonuses to 100 per cent of a banker’s salary, or 200 per cent with shareholder approval.
In a statement Osborne said:

I’m not going to spend taxpayers’ money on a legal challenge now unlikely to succeed.
The fact remains these are badly designed rules that are pushing bankers’ pay up not reducing it.
These rules may be legal, but they are entirely self-defeating, so we need to find another way to end rewards for failures in our banks.

The EU rules were designed to curb excessive risk-taking and increase financial stability.
However, the Treasury believed a cap on bonuses would actually push up basic salaries and undermine efforts to trim costs as banks work towards greater long-term stability.
It argued Brussels did not have the right to limit pay in a member state.
The UK’s hopes were dealt a blow after Niilo Jääskinen, an advocate general at the European Court of Justice’s (ECJ), said that Osborne's argument should be dismissed.
Jääskinen argued that the limits are perfectly legal as limiting a bonus “does not equate” to the fixing of pay.