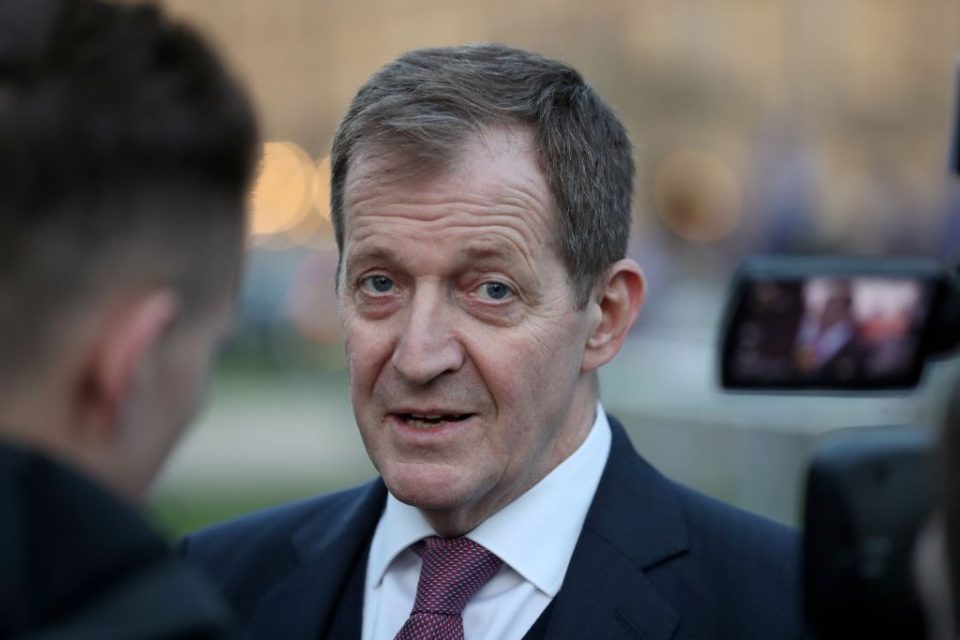 Gauke, the former justice secretary, this morning said he was standing as an independent in his constituency of South West Hertfordshire.

He told the BBC he was hoping to deprive the Tories of the seat, warning a majority would be a “bad outcome for the country” because it would result in a “very hard Brexit”.

Gauke was among the MPs expelled from the Tories by Boris Johnson after he voted against a no-deal Brexit. The rebels were often referred to as “the Gawkward squad”.

This afternoon Campbell told ITV News that he would be campaigning for Gauke, and urged people to campaign tactically.

“I will go to [South West Hertfordshire] and campaign for David Gauke, I would go and help Philip Lee, I think we’ve all got to do what we can do,” he said.

“It really depresses me, why are the Greens standing against Anna Soubry”, he added.

Soubry, a fellow former government minister, is standing as an independent in Broxtowe. But while the Lib Dems have agreed not to contest her seat, and Beaconsfield where Dominic Grieve is standing, it is not clear whether they will stand down their candidate in South West Hertfordshire.

Campbell was expelled from the Labour Party in May after voting for the Liberal Democrats in that month’s European elections.

This afternoon he also tweeted his anger at the parties for retreating “into pathetic old politics”. He urged them to “get a grip” to avoid electing “the worst liar and charlatan in our political history”.