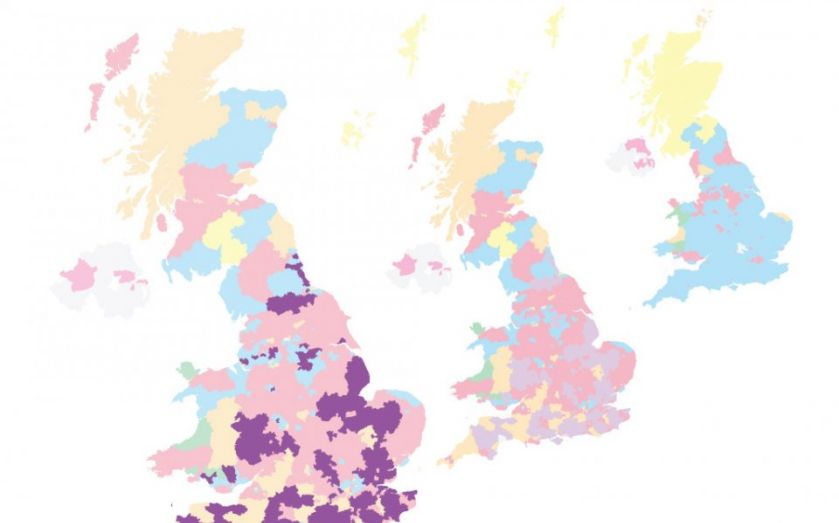 The result of the General Election may have been clean cut – a majority victory for the Conservatives, but the second place seats tell another story.

Ukip is the obvious winner by this count – despite losing its leader, Nigel Farage, to a second-place finish, the party got one seat and came second in 120 others, despite not getting a single second place back in 2010.

If we add this measure to the 3.9m votes Ukip gained and the result looks successful. However, those votes didn’t translate into gold medals. Ukip’s votes to seat ratio was the highest of any party, with the popularity just not being able to convert potential into results.

The second place finishes tell other stories, too. Labour’s defeat hinged not just on Tory resurgence (the Conservatives gained just 0.8 per cent more of the popular vote for its 24-seat net gain), but also on the clinical conversion rate of the SNP.

The SNP won 56 seats – a gain, net and gross, of 50 – and came second in only three, pipped once each by Labour, the Lib Dems and the Conservatives. The Tories have not traditionally been strong in Scotland, which is why Cameron mentioned his party’s hanging on in Scotland during his victory speech to party members.

Other than the Conservatives and the SNP, every other main party came second more often than it won. 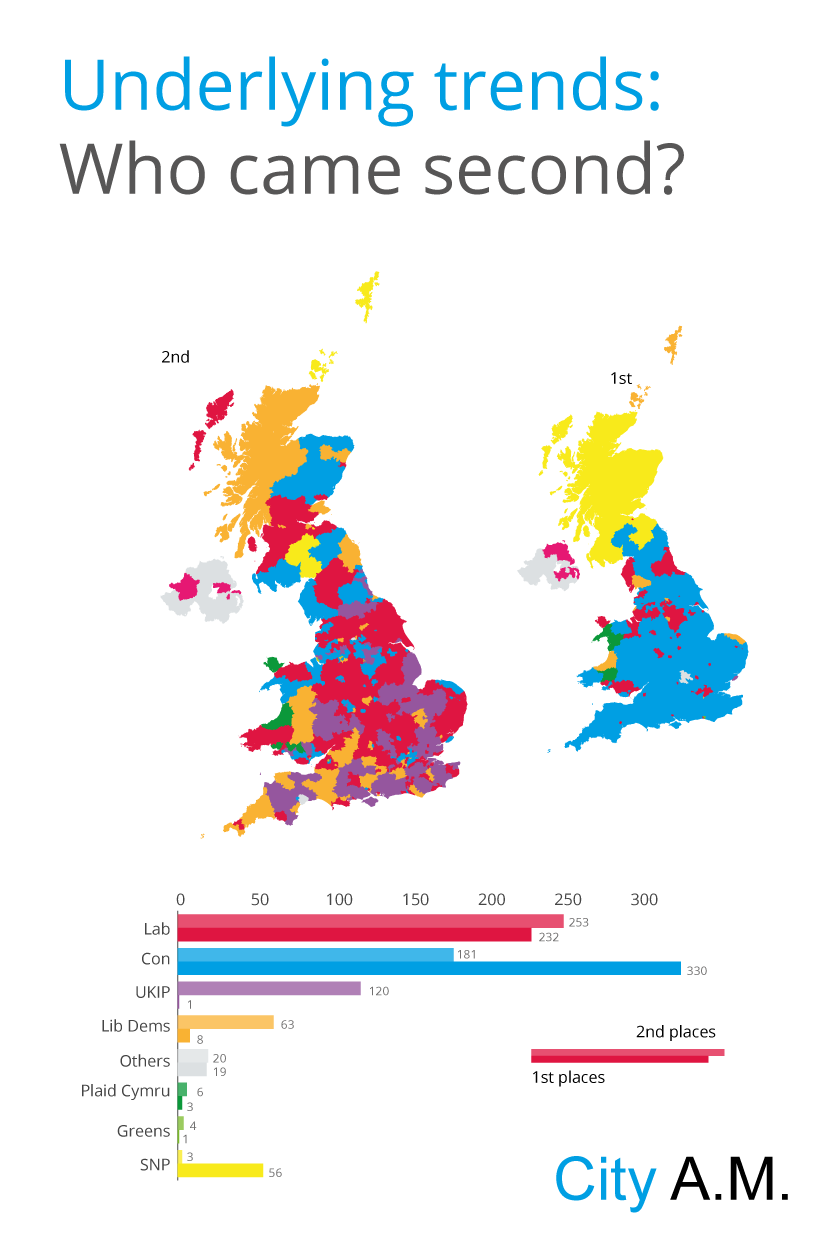