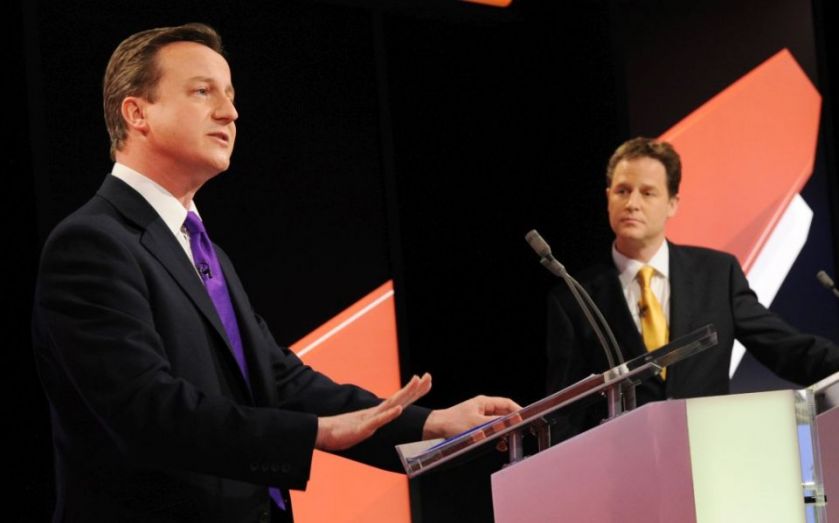 ITV and BBC will broadcast two separate seven-way debates between political party leaders ahead of the general election, while Sky and Channel 4 will both share a head-to-head between David Cameron and Ed Miliband.
The broadcasters drew lots to decide how to distribute coverage of the debates which will see party leaders given a national platform to deliver their message to voters.
ITV will screen the first discussion on 2 April, just over a month ahead of the General Election on 7 May. The BBC’s debate comes a fortnight later while the showdown between Cameron and Miliband (provided they’re both still leaders of their respective parties) will be shown on both Channel 4 and Sky just over a week before voters go to the polls.
Both the seven-way debate and the head-to-head will be the first of their kind in British General Election history.
After Cameron said in January: “If we are going to have one minor party, we should have all the minor parties”, ITV and BBC returned with the seven-party idea.
In 2010, TV debates were held for the first time between Cameron, Nick Clegg and Gordon Brown.
The TV debates schedule in full: