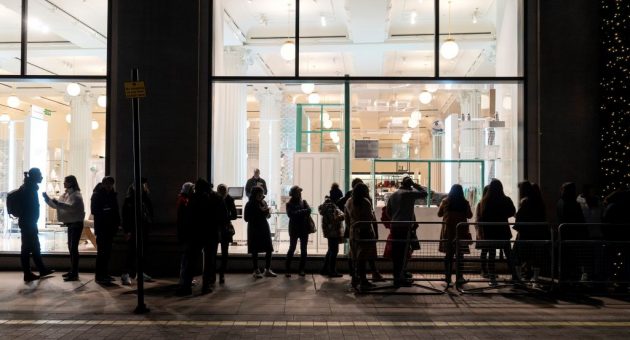 The pound is down against the euro after Downing Street threatened to walk away from Brexit trade talks in June if it appears an agreement is unlikely.

Read more: UK threatens to walk away from EU trade talks if no progress by June

It states that the UK will “not negotiate any arrangement in which the UK does not have control of its own laws and political life”, ruling out any alignment with the EU.

“There’s a big element of deja-vu to what this means for markets: no-deal is a source of uncertainty and risk, and therefore sterling will trade on the back foot until some kind of progress is made,” said Ranko Berich, head of market analysis at Monex Europe.

He added: “The EU’s mandate does not explicitly require ‘dynamic’ alignment – so perhaps there is more room to compromise on both sides than the current rhetoric suggests.”

The document envisages a free trade agreement similar to those struck with Canada and Japan, supplemented by other areas including fisheries, law enforcement and judicial cooperation.

Financial services also gets its own chapter in the Brexit trade talks document. The UK is seeking an arrangement that provides a “predictable, transparent and business-friendly environmnt for cross-border financial services business”.

There is currently no explicit timescale within the mandate, but it is thought that chief Brexit negotiator David Frost and his negotiating team will seek a more substantial notice period than the standard 30-day, to ensure greater stability for the City.

Giles Coghlan, chief currency analyst at HYCM, said: “Boris Johnson’s bullish approach to Brexit negotiations has the market in jitters. With a no-deal threat still on the table, we could see much of the gains made by the GBP in the aftermath of the 2019 General Election result being lost.”

“Once again, we find ourselves seeing the GBP being sold on concerns regarding the trade relationship between the EU and the UK. I am expecting GBP rallies to be sold until there is some common ground found on an EU-UK trade relationship. The GBP’s woes are not over yet.”