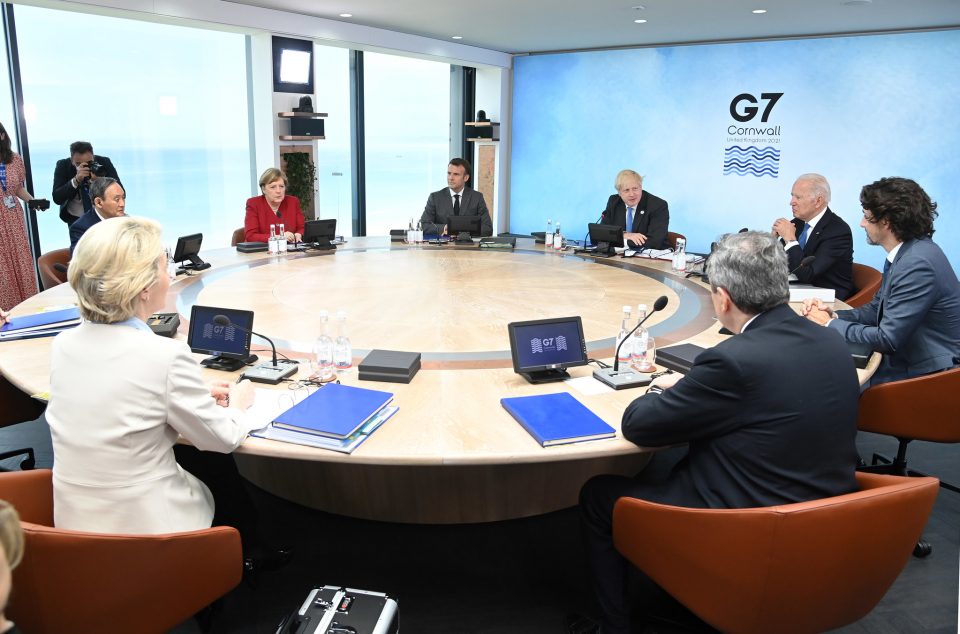 G7 leaders have agreed to fund green international infrastructure projects for developing countries in a bid to challenge China’s growing influence across the globe.

The new Build Back Better for the World programme will see the globe’s richest democracies provide “high quality financing for vital infrastructure” in places like Africa and Asia in what is being seen as a challenge to China’s multi-trillion dollar Belt and Road Initiative.

G7 leaders are also expected tomorrow, on the last day of the Cornwall summit, to agree to almost halve their emissions by 2030 relative to 2010.

The Build Back Better for the World scheme has been called a climate change Marshall Plan in reference to America’s post-war efforts to help rebuild Europe.

Downing Street said the details of the plan will be fleshed out with other developed economies at the Cop26 climate summit in Glasgow later this year.

“Protecting our planet is the most important thing we as leaders can do for our people. There is a direct relationship between reducing emissions, restoring nature, creating jobs and ensuring long-term economic growth,” Johnson said.

“As democratic nations we have a responsibility to help developing countries reap the benefits of clean growth through a fair and transparent system. The G7 has an unprecedented opportunity to drive a global Green Industrial Revolution, with the potential to transform the way we live.”

China’s Belt and Road Initiative has seen the country spend trillions on infrastructure in more than 100 countries across the globe in an attempt to build a new interconnected silk road.

This has included building ports, highways, railways and other vital infrastructure.

Data from Renitiv put the total cost as at $3.7 trillion as of last year.

However, Beijing has widely been accused of using the scheme to grow its global economic influence and of holding countries to ransom over investments made.

Speaking about the new Build Back Better for the World scheme, a senior White House official told Reuters: “This is not just about confronting or taking on China.

“But until now we haven’t offered a positive alternative that reflects our values, our standards and our way of doing business.”

Few details have been released about the new fund, with no estimate put on price tag or how any fund would be administered.

Downing Street said: “The new approach is intended to give developing countries access to more, better and faster finance, while accelerating the global shift to renewable energy and sustainable technology.

“Leaders will also set out the action they will take to slash carbon emissions, including measures like ending all unabated coal as soon as possible, ending almost all direct government support for the fossil fuel energy sector overseas and phasing out petrol and diesel cars.”

Denisse Rudich, director at the G20 Research Group London, said that there were many questions to be answered about the new Build Back Better for the World fund.

“It’s a huge first step to tackle climate change and supporting developing economies in creating green economies but in terms of expanding the West’s influence to counter the Belt and Road’s Initiative, this will require a lot of investment, capacity building, time and resources,” she said.

“The devil is in the detail and this needs to be worked out– how will this be financed? What companies will be eligible to apply? How will this be subject to monitoring to measure impact in climate change and the environment?”