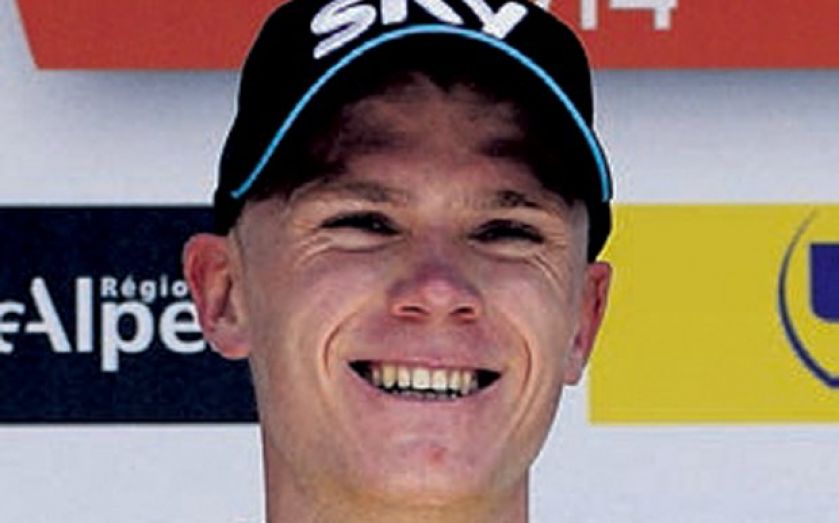 BRITISH cyclist Chris Froome enjoyed a perfect start to the defence of his Criterium du Dauphine title yesterday when he won the first stage time trial by an emphatic margin.

The Team Sky rider beat his closest challenger, Spain’s Alberto Contador, by eight seconds in Lyon, France, in the opening skirmish of a race seen as a dry run for next month’s Tour de France.

Froome won the Dauphine last year before going on to win the Tour, as did team-mate and rival Sir Bradley Wiggins in 2012.

“I’m here to win the race, we’re going to do everything we can,” he said. “I don’t think it was necessarily the objective to take the yellow jersey on such a short, flat time trial but I couldn’t be happier with the result.”

Froome was 13 seconds quicker than another of his likely Tour rivals, Italian Vincenzo Nibali, over the 10.4km loop.

The Dauphine continues today with a 156km stage from Tarare to Pays d’Olliergues-Col du Beal, which includes a gruelling 13.6km final climb, and finishes in the popular ski resort of Courchevel on Sunday. Wiggins is not in Team Sky’s line-up for the race, which has contributed to his conviction that he will not be selected for the Tour either, though the outfit’s boss Sir Dave Brailsford yesterday insisted that he had yet to make a final decision.

“Despite the impression that might have been created, the team is not yet finalised,” Brailsford said. “I will be the one making the decision on who is in that team.”

The Tour de France begins in Yorkshire on 5 July and includes three stages in England before its conclusion in Paris on 27 July.