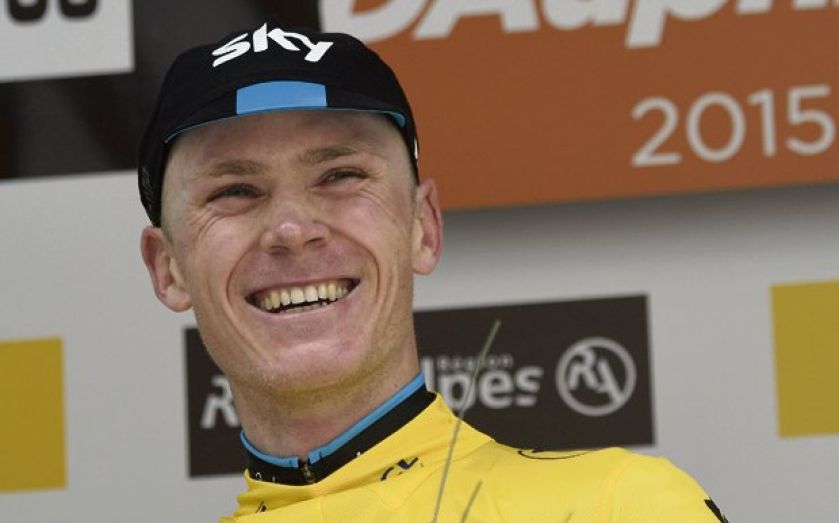 Froome was in second place after success in Saturday’s seventh stage on Mont Blanc but overcame an 18-second deficit to take the yellow jersey from BMC Racing’s Tejay van Garderen during a thrilling late assault on the final climb.

Victory brought the Team Sky rider 10 seconds in bonuses and proved sufficient for the 30-year-old to secure his second Criterium du Dauphine title, an accolade that he last won in 2013 ahead of his Tour de France triumph.

“Up until now I’ve only been thinking of the end of the Dauphine but of course the Tour de France is the big objective,” said Froome. “I think the team is ready and I think I’m almost ready. I’m really excited.

“I couldn’t have expected to go any better today. The legs were really tired after yesterday and the whole team was suffering because of the work they did yesterday. I don’t know how they did it. The whole team just lifted themselves today.”

Italian Astana’s Vincenzo Nibali, who is the defending Tour de France champion and is considered one of Froome’s main rivals for this year’s race, which gets underway on 4 July in Utrecht, finished 11th overall.

The win saw Kenya-born Froome claim his second stage race of the year, having won the Ruta del Sol on his season’s debut back in February.

Team Sky’s Geraint Thomas, meanwhile, claimed a fifth-place finish in the second stage of the Tour de Suisse yesterday to move up to second in the overall standings.