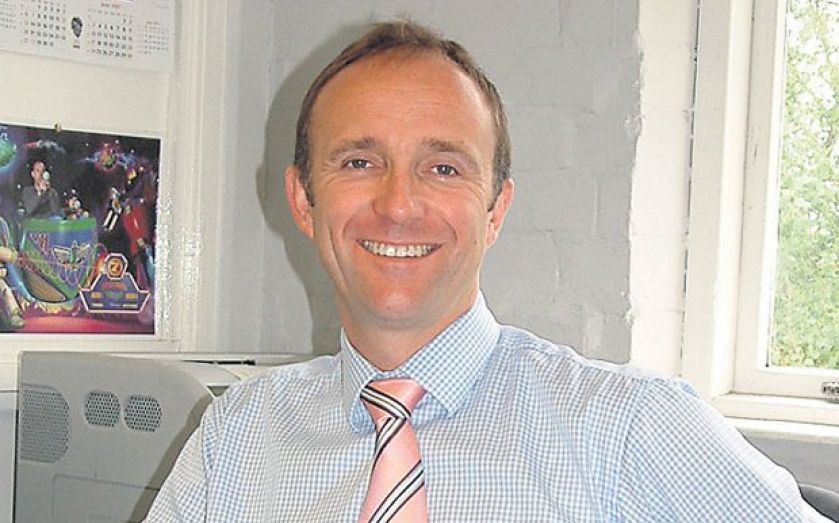 Richard Smith, owner and managing director of Aspen Concepts, talks to Liam Ward-Proud about how unified communications have helped link the different parts of his business, and increased employee productivity

Handling several lines of communication is a challenge for most SMEs. But it’s especially tricky for businesses operating across multiple sites. Aspen Concepts, a retail interior design and fitting company, used Vodafone’s One Net service to unify communications across its three main offices. Its managing director, Richard Smith, tells City A.M. about the benefits of a cloud-based system, and how the changes have made his business more productive, and responsive to the needs of customers and suppliers.

What issues were you facing that led you to seek a new communications system?

Our business is spread over three main sites, none of which had a decent switchboard system. We come across to the world as a united company, but some of our staff are based in Durham, some in Birmingham, and some in Swindon. And we don’t have common functions on each of the three sites – purchasing is on one site, design on another, and project management on another.

We didn’t have any joined-up telecoms whatsoever. You had various numbers to ring for different things, but no switchboard number, and nothing really linked up at all. It was almost like having three separate companies.

What kind of practical business issues did this present?

Customers and suppliers often weren’t sure who to talk to. They’d ring up a few different numbers, and this meant none of us were answering with a common approach. Whereas now, you ring one number, you have six options (press one for purchasing, two for sales etc.) and the system diverts you to the right phone in the right location in the UK. We’ve all got internal direct dial numbers, rather than having to ring people’s mobile numbers. It doesn’t matter where you are in the country, you can get through to someone on their desk phone or mobile through their extension.

How did you go about making the change?

We knew we needed a new switchboard service in Swindon. And we would have had to fork out a lot of money for a conventional system. When we were looking at the options, someone suggested that the Vodafone One Net system actually took away the need for a normal switchboard system altogether.

Are there any specific tasks you can do now that you couldn’t before?

It’s very handy to be able to pick up answer phone messages from the desk phone or mobile – you can respond to things quicker.

But the big one for us is conference calling. We can do four or five-way conference calling, with two guys out on different sites, one back in the office and one in a factory, and they’re all talking together on their mobiles and landlines – it’s a very easy system to use. It means more people can be out and about, and they can work from home if they have to. We spend less time worrying about where people are, or trying to decide on a time to meet, you can just ring each other up and have a meeting.

Are there any other ways in which the system has changed your business?

Home working is much easier. I sometimes do this one or two days a week. But it’s also allowed us to centralise our purchasing operations into the Birmingham office. We might have done that anyway, but One Net made this much easier, as all the calls can automatically be routed to the relevant people in the office.

Another change has been that Vodafone has helped kit us out with new smartphone applications, so we can get evidence of completed work and other information back to the office quickly. Our staff take a photograph of the completed job, as well as the customer’s signature on the documents, and this is sent straight back to the office electronically. It’s all in real time. Previously, this would have been a manual process. The customer would sign a piece of paper, and then we’d have to wait five days for the driver to come back to the office in Swindon.

We can invoice every day now, rather than just twice a week. Within an hour of a job being completed, we’ve got a document ready requesting payment, with proof of the work done.

Has this allowed you to adopt more flexible ways of working?

We don’t have flexible working in the normal sense of the word, but the system has allowed us to be more geographically flexible. It means we can have people out on sites a lot more. As an example, I was on holiday in Cornwall recently when our accounts were ready. I had a four-way call with another director, an accountant and the finance director to talk about the accounts. And I didn’t even have to be on the Vodafone One Net line at the time. As long as one of the callers is on the system, they can ring out to a landline number and hook me up – you can merge calls together.

What did you see as the main reasons for using a system without a physical switchboard?

Cost was the first thing – it’s much cheaper, and with the current system we don’t need to hire an operator. With the other systems we looked at, there was no way of ringing one site and getting automatically transferred to another one. That’s actually very easy with the system we’ve got now.

We’ve also saved money from not having to get a new system bought, installed, and integrated into the existing network across the different buildings. With a cloud-based system, there’s basically nothing physical that needs installing – just a little box on the wall, then it all works remotely.

Did you have any teething problems when you were rolling the system out?

The training provided was excellent, it was very well thought-through. There are a few things around the programming of the phones that take some getting used to. The units are very clever, and can do a lot of things. I’m still learning new functions after two years. But people tend to buy into changes that they can see are clearly better, and everyone embraced the new system quite quickly.

IF YOU’RE wondering whether flexible working can benefit your business, these five tips from Vodafone’s A Perfect Storm report might be worth considering.

1. Focus on results before attendance
Some managers – among them Yahoo chief executive Marissa Mayer and Google’s Patrick Pichette – shun remote working. But it’s possible they’re overlooking an important point: desk-bound employees are not always productive. In fact, most business-based tasks can be completed more efficiently away from the office, using cloud-based technology like web conferencing and remote desktop access. While employees are fast-adapting to the new work-life balance flexible working enables, managers still need to measure contribution and results – rather than the hours employees spend at their desks.

2. Technology is only part of the story
Yes, technology is a big enabler, but employers will have to do more than invest in cloud computing to make the flexible approach viable. For remote working to be effective, businesses must also train, support, and install a culture that allows and encourages the most efficient working methods.

3. Get buy-in from everyone
Flexible working is a top-down, bottom-up concept. Only if management buys into it will employees feel they have the licence to embrace the trend.

4. Don’t expect results overnight
Organisations can expect to see some tangible benefits almost instantly – like a rise in productivity levels or employee motivation. But be aware that some of the truest measures of business success – like profitability or employee retention – may only be impacted once flexible working has been ingrained into the culture.

5. Remember the knock-on effects
There’s more to flexible working than working on the move, productivity and efficiency. As Tom Ball of NearDesk says, businesses could save £15,000 per London desk by adopting the practice. Office overheads, like utilities, may also shrink. Further, HR divisions can use flexible working to attract the best talent – by listing it as a possible “perk”.

For more information about the Perfect Storm report, visit www.vodafone.co.uk/perspective