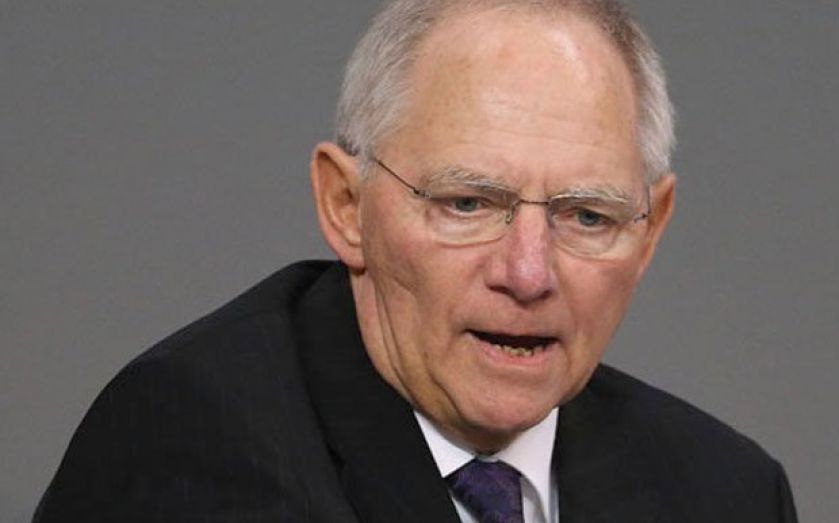 GREECE may need a third bailout, Germany warned yesterday, hinting that the Eurozone crisis could flare up again and smashing hopes that the continent is on the mend. The troubled state is still deep in recession and is likely to need more aid when the current bailout deal runs out at the end of 2014, German minister Wolfgang Schauble told an election rally. Pumping yet more money into the bust nation is considered politically toxic in Germany, where taxpayers feel their country has behaved prudently in recent years and should not have to pay up to bankroll Greece. The troika of lenders – the International Monetary Fund (IMF), European Commission and European Central Bank – had hoped that lending money to Greece at low rates and writing off much of their other debts would help the nation get back on its feet. The two aid packages so far have totalled €240bn (£206bn). But the recession proved far deeper than forecast by the EU at the time and the country is still not able to borrow in international markets as investors still believe the loans are too risky. So the troika may have to step in again. “There will have to be another programme in Greece,” said Schauble, adding that their will be no haircut for private investors this time round. His comments prompted criticism from opposition parties who attacked the governing Christian Democrats for taking a weak line on bailouts. “I have made clear that saving Europe and keeping the continent together comes at a cost, also for us Germans,” said Social Democrat Peer Steinbruck. Germany’s general election is just five weeks away, intensifying the interest in any future financial commitments from the country to its weaker neighbours. Greece’s 10-year borrowing costs shot up 0.28 percentage points to 10 per cent on Schauble’s admission that another bailout may be needed – well above the seven per cent widely seen as the limit of sustainability for a country financing itself in the markets. Yesterday also saw the announcement of construction figures in the Eurozone, with output rising by 0.7 per cent between May and June. June was the third month in a row for which the Eurozone’s builders saw business expand. Yet production is still down three per cent in comparison to June last year, and has lost nearly a tenth of its capacity since 2010. Germany has seen monthly output grow by more than five per cent since 2010, Portugal has lost more than 40 per cent of its production, and Spain has lost more than a fifth.