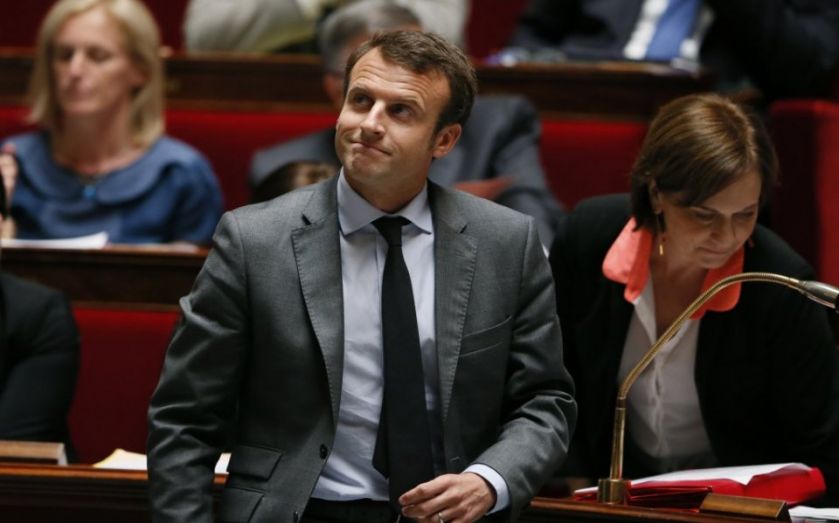 Ahead of a trip to discuss his key priorities for renegotiation with fellow leaders, David Cameron has received yet another warning, this time from the French economy minister Emmanuel Macron, who told him he cannot create an “à la carte” European Union.

"I don't understand how it's possible to say 'we, the UK, want to have all the positive reasons to be part of the club of 28 and the European passport and a great financial place for all the EU members, if we don't want to share any risk with the other member states'," said Macron in an interview with the BBC.

"It doesn't fly. It's a common responsibility."

It was a major blow to Cameron’s hopes to renegotiate terms of the UK's relationship with the EU: he arrived in Berlin today with the Queen, using a visit by the monarch to convince German Chancellor Angela Merkel to ally with him before a summit with his European counterparts in Brussels on Thursday.

Cameron will hope he can rely on the Chancellor's support (Source: Getty)

Cameron and Merkel have worked closely together on trade deals and cutting the EU budget, as well as imposing sanctions on Russia due to the conflict in Ukraine.

Yet the Chancellor has also left Cameron stranded at times: In 2011 she left him isolated over the EU fiscal pact, and switched sides completely after offering to help block the appointment of Jean-Claude Juncker.

Cameron’s key demands include curbing access to benefits for migrants, an opt-out for an "ever closer union" and giving national governments the power to veto Brussels regulations.

So far, Cameron's proposals have received a mixed reception. While French President Francois Hollande insists he wants the UK to stay in the EU, France has been among Cameron's toughest critics.

It doesn't make sense. Whatever the treaty change will be, we need first to convey a positive image of Europe to reconcile people, otherwise, whatever the question will be, the answer of our people will be 'no', just because it's about Europe.

It clearly depends on the details and what you mean by this flexibility about healthcare and social system. If it's a way to reduce freedom of movement that's a problem because it's part of the European DNA. If it's just to adapt rules and if it's feasible with the others we can discuss.