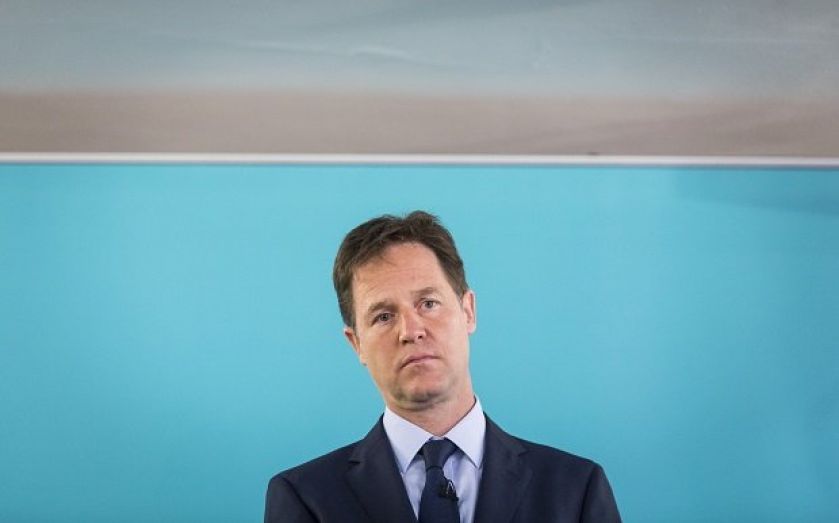 While the Tories may have reason to be cheerful with headlines in today's business sections, with pictures of George Osborne at the dispatch box slashing one of Britain's most hated taxes splashed across the newspapers, there was one member of the government who was conspicuous by his absence on the day of the Autumn Statement.

Lib Dem leader Nick Clegg failed to show up to the House of Commons yesterday, preferring instead to stay in Cornwall. The Lib Dems' response to the Autumn Statement as a whole appeared confused at best – and it hasn't gone unnoticed.

This morning a prominent Lib Dem backbencher and former minster warned the party could be left in a "political no-man's land" at the time of the general election.

Speaking at a briefing organised by the Institute of Economic Affairs and the Taxpayers' Alliance, Jeremy Browne said:

His message to fellow Lib Dems was that they shouldn't go to "too great a length to distance themselves" from a government they are intimately associated with.

Any attempts to do so are doomed to failure as the Lib Dems are already tied to this government in the public mind. If they continue to appear as if they only have "one foot in government" they could risk losing the support of people who think the government is doing a good job as well as losing those who are opposed to the government.

Chief secretary to the Treasury Danny Alexander toured TV studios yesterday spinning for the government, while business secretary Vince Cable wrote to the Office for Budget Responsibility (OBR) demanding they examine the difference between the Tory and Lib Dem plans for the economy.