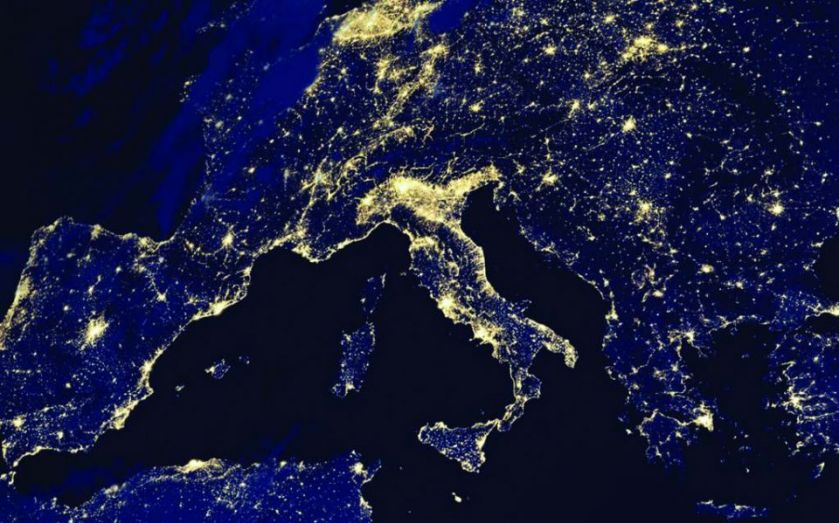 All eyes have been on Europe as the Greece crisis goes from one stage to the next. The saga has caused great concern among investors as to how European stock markets will be affected.
But so far, the impact has been limited.  Stock markets across Europe have been volatile, opening and closing higher and lower depending on the relative success of that day’s Greece discussions.
The Euro Stoxx 50, which covers the biggest companies from across 18 European countries, has swung wildly up and down, but is still up 7 per cent over the last six months, and over three years is up nearly 60 per cent.

One of the main reasons the market is still up – rather than taking a big hit –  is that, despite what has gone on in Greece, the European Central Bank (ECB) has a number of programmes in place to support the rest of the Eurozone economies.
The largest of these is a €1 trillion QE programme that began in March and will continue through to September 2016.
In the meantime, movements in equity markets are likely down to hedge funds and day traders making the most of the volatility.
For savers with a long-term outlook, “it is important to avoid getting swept up in short-term market volatility as traders react to events,” says Jason Hollands from Tilney Bestinvest.

Many investment managers are favouring Europe at the moment, because regardless of what is going on in Greece, the overall picture is positive.
“Despite the concerns over a potential Greek exit from the euro, the ECB’s €1 trillion stimulus program should be supportive to European equities,” says Chris Mayo from Wellian Investment Solutions.
This is because  “all those trillions of euros have to find a home somewhere. They will find their way into assets and those assets include European equities,” explains Kevin Lilley from Old Mutual Global Investors.

But perhaps the more important message for anyone with savings invested in European stocks is that economies do not dictate stock market performance.
“The investment industry spends a lot of time looking at economies, but actually the relationship between economic data and stock market returns is not particularly convincing,” explains Hollands.
When looking at investments, “company statistics are relatively more important to investors than what the economy is doing,” Hollands says.
With this in mind, investors ought to shift their focus away from Greece towards what really matters; that European companies are now doing better than they have for years.
“The key question for equity investors [over Greece] is what the impact will be on the companies I own, and how much will it hit their sales,” says Clive Hale of FundCalibre. Many big European companies draw their business from around the globe, and aren’t solely reliant on the health of the Eurozone.
“The fundamentals – or the state of companies and economies in Europe – are actually much better than they have been for some time,” he says.

One of the important factors is the weaker euro. This makes European companies’ exports far more competitive on the world market – and businesses in Europe are very dependent on exports for profits.
“European companies’ earnings and profitability has in the past been burdened by a very strong euro-dollar exchange rate,” explains Lilley.
Since last summer the euro has fallen around 20 per cent against the dollar, making goods produced in Europe far cheaper. “This will be stimulative for European companies’ earnings, and we think the upcoming financial reporting season will be very good,” Lilley says.
Another boost has been cheaper oil. Last year Brent crude was priced around $120-$150 a barrel, but it halved at the start of the year and is still priced around $60 a barrel. Lilley explains: “Europe is a net importer of oil and European companies use a lot of it, so the price falling will be very positive for them.”

Given all of this, “the backgound for European equities is stronger than it has been for years,” he says.
As for the best funds to use, Hollands likes the Threadneedle European Select as a general all-rounder.
For people seeking extra income on top of growth, he says the Standard Life European Equity Income fund is a good choice.
For a growth investor, Chris Mayo of Wellian Investment Solutions suggests the Schroder European Opportunities fund.
“The fund currently has its biggest country exposure to France, Germany and Switzerland, with its biggest sector positions in financials and healthcare,” he says.