For the continued growth of esports, local and accessible venues are key 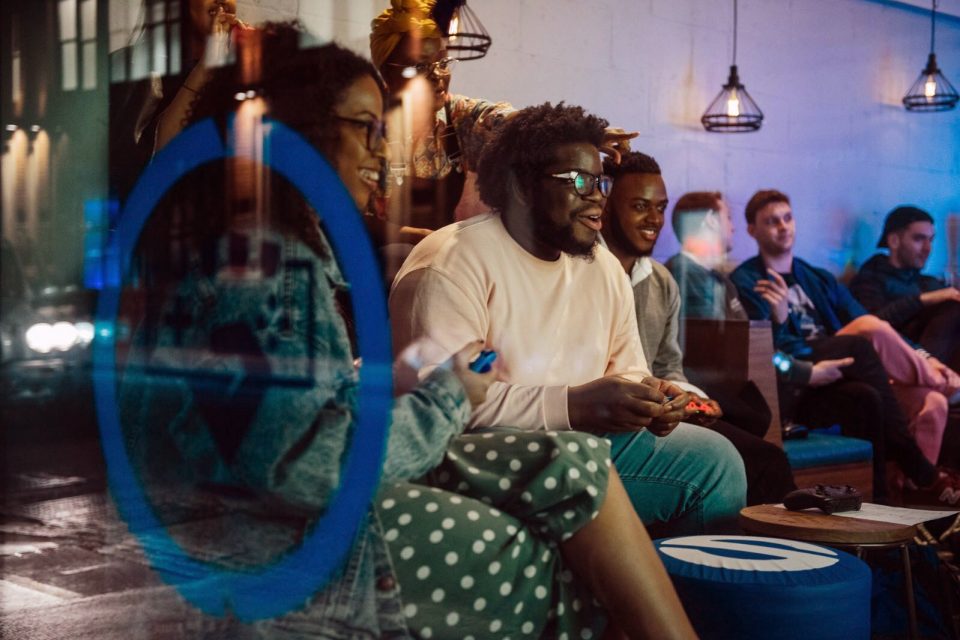 In the summer of 2020, a monumental deal for the wider esports space was announced, and whilst it made some noise in financial, esports and gaming circles, it went by largely without much fanfare. The acquisition of Belong by GAME by esports infrastructure company Vindex, and the associated news that the US-based firm plans to invest $300m into Belong over the next five years by opening 500 venues in the United States and a further 1,000 elsewhere, was hugely significant for the esports industry.

It’s all based on what Vindex CEO and esports industry veteran Mike Sepso – who counts the likes of MLG and Activision Blizzard on his resume – calls ‘hometown esports’. In the US, there is Little League for baseball, whilst in the UK, Sunday league and grassroots football is everywhere.  Access to these sports via school programs is vast. It’s what helps to fuel an early interest in these sports, and from grassroots through to going pro, the path is clearly defined – there is a structure. But for the ever-increasing number of kids who dream of playing video games professionally, or just want to compete in a well-structured and social environment with friends, it’s not so easy.

In the UK, there are now more esports societies than there are football societies at Universities, and the likes of The NUEL and NSE are doing a fantastic job of facilitating competitions between them. The growth of the collegiate esports space in the US in recent years has also been considerable. Both are an integral addition to the grassroots competitive scenes across games.

But we’ve not just missed a rung, we’re missing a whole ladder. Access to playing video games, be that PC, or console especially, is simply not there for everyone.  The opportunity to play with others, to have a local team to cheer for (and aspire to represent), to have local venues to play, watch, learn or just hang out, simply does not exist for vast swathes of the population.

There’s been a lot of media coverage about major esports tournaments at the Bird’s Nest in Beijing, the Barclays Center in NYC, and the Spodek in Katowice.  But these events, with tens of thousands cheering fans, are few and far between. Part of Sepso’s vision is to bring the gaming community and experience that you get at big esports events to hometowns across America.

Sepso says: “I think that overall, the industry acknowledges that localisation is an important part of the growth of esports.  Everything can’t happen just online or in big city arenas. What we’re trying to do is bring the esports experience through the Belong system to hometowns across America. That’s key for us. The local infrastructure Belong will provide to gamers is what youth sports providers athletes. A local facility, local community and connectivity to an international competitive network.”

This is a good thing for esports: widening the audience by increasing accessibility and awareness.  To succeed, it is vital that all stakeholders, from the game developers and publishers, through to the tournament organisers, teams, esports investors and everyone involved.

The Belong Arenas in the UK, which will continue to be operated by GAME, seek to create a sense of community.  Each of the 25 ‘social spaces for gamers’ has a different team name and they compete against one another, from the ‘Portsmouth Pirates’ to the ‘Manchester Swarm’. Partnerships with professional teams exist too; Excel in the UK, and in the States, the likes of the New York Subliners (Call of Duty) and New York Excelsior (Overwatch), both a part of Andbox in which Sepso is involved, as well as Envy Gaming (multiple games).

This is no great surprise. Whilst esports teams command significant followings across social media and viewership on streaming platforms; one thing that the majority lack is a home venue.

That said, for some of the best funded organisations, that is beginning to change. In Europe there’s Team Vitality, backed since 2018 by Rewired GG and its lead backer: a technologist, entrepreneur and investor named Tej Kohli.  Rewired.GG has committed €34m to date to Team Vitality, which enabled the team to build its state-of-the-art ‘V.Hive’ home.

The V.Hive is located in Paris’ 2nd Arrondissement a short walk from the Louvre. V.Hive is three floors of Team Vitality: it’s a flagship store where fans can buy an official adidas shirt, an events venue (both B2C and B2B), it can host bootcamps, there’s a cafe, plus the lower level featuring a mini cinema, and hangout space for players and staff alike. The offices housing the international headquarters of Team Vitality, meanwhile, are on the third floor.

Other team venues include the Dallas Cowboys backed Complexity in Texas, who have opened a space known as the Gamestop Performance Center. Similar to the V Hive, it serves a dual purpose: as both a HQ and as spaces that are open to the public. In Los Angeles there’s 100 Thieves’ Cashapp Compound, and the forthcoming TeamSoloMid facility. Until fairly recently, Fnatic maintained the Bunkr space in Shoreditch.  The list, whilst still relatively short, does go on.

In other team-linked venues news, Overactive Media, the company behind the likes of MAD Lions, Toronto Defiant, and Toronto Ultra which counts The Weeknd amongst its investors, recently announced a new $500m ‘esports and entertainment venue’. Projected to be completed in 2025, it’s set to seat 7,000 people in Toronto.

What the above should mean for the esports industry in the longer term is more fans, and more hardened fans at that. Esports needs it, and esports teams definitely need it. Whilst ‘traditional’ sports are positioned differently, the ‘customer journey’ of a sports fan remains comparable, at least it could and perhaps should do, for the continued growth and longevity of the esports industry.

Would FC Barcelona continue to be the powerhouse it is if it didn’t have the Camp Nou, the academies, the summer camps, its stores around the region; and if football wasn’t deeply ingrained into the culture and so accessible to play and consume?

Wider ‘consumption’ of esports also leads to another golden opportunity for esports related venues.  Meltdown is a gaming and esports bar franchise started by Sophia Metz in Paris.  It is now in more than 5 countries, with over 20 bars. Platform, which opened its doors in 2019, in Shoreditch in London focuses on a premium experience: ‘wood-fired pizzas, craft beers, and cocktails’, alongside console and PC gaming options. At Platform there’s always esports on the screens and plenty of spaces for people to play or to watch.

Venues like these are focused on ‘competitive socialising’ and being as inclusive as possible.  Indeed, 40% of the clientele of Platform are women according to CEO and Co-Founder Tomaso Portunato. Tomaso says: “Platform offers great food, drinks and service in a welcoming environment, no matter the age, skill level or gender. We are all about good times in inclusive settings, we believe this is where the market is going. Gaming and esports is becoming a part of more and more people’s daily life. We know gaming will eventually become as mainstream as the music or the cinema industry, and we want Platform to offer physical spaces as a catalyst for this revolution“.

There’s also the Red Bull Gaming Sphere nearby in London too, Wanyoo Esports Studio has branches in London and Coventry (though this is more PC gaming cafe than bar) whilst heading North in the UK, there’s the likes of the independent Pixel Bar in Leeds, and a Meltdown in Sheffield.

These cafe-bar-restaurants and socialising venues have endured a tough time during the pandemic, but surging levels of interest in gaming during lockdown suggests that they could be poised for a triumphant return. Whilst many of the clientele will be casual gaming fans more than esports fans, it is the blurring of the lines and increased exposure and awareness which should see the esports industry benefit. Once it is as commonplace to wander into a bar and see CS:GO, the RLCS or the LEC on the screens as it is the Champions League or NBA, that’s when we’ll truly be able to say esports is ‘a part of the mainstream’.