From food and hotels, to where to find the best jenever, here's our guide to the perfect long weekend in Antwerp 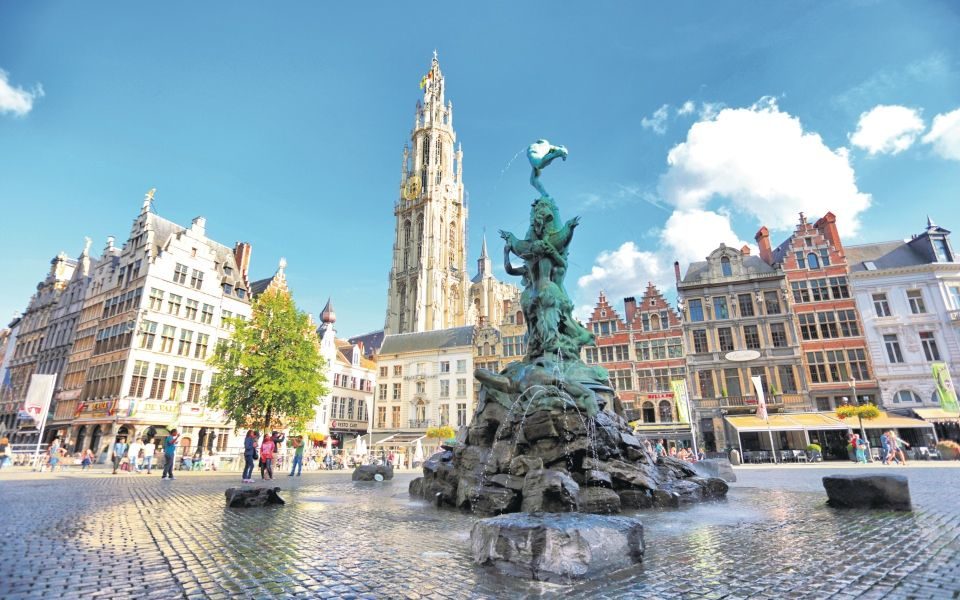 Antwerp is the largest city in Flanders and a cultural Pandora’s box.

It’s home to the largest diamond district in the world, whose official language of trade was Yiddish until the 1930s. It is also in this city that the printing trade was invented, and where artist Sir Peter Paul Rubens lived and worked for most of his life. Antwerp is brimming with fashion history too: the 1980s saw the rise of the Antwerp Six (including Ann Demeulemeester and Dries Van Noten) and it hasn’t slowed since. Shopping – whether for homeware, jewellery, eyewear or avant-garde clothing – is peerless.

Where to stay
The Room National (Nationalestraat 24), an old townhouse gorgeously refurbished by two locals turned hoteliers. A number of striking fashion pieces in vitrines mark progress up a winding white wood staircase to the best room in the house: the loft suite, a minimalist ode to feng-shui, with a long sweep of grey wood floor leading to a large black bed arrayed under the sloping eves. The white bath is deep and big, right under an enormous skylight offering a peek at another elderly brick building. Best of all is the location: you’re right in the heart of the best shopping district, and five minutes from the historical centre.

Where to hang out
Antwerp is famous for two beverages: beer and jenever, the local gin. To sip local gin with surprising seasonal aromas in sleek opulence (and with great bar snacks) go to Bar Barburre – I tasted a gin for all seasons and particularly enjoyed the pine coneyness of Winter. For beer, there are some jolly bars in the shadow of the cathedral which, unusually for the touristy location, attract some connoisseurs. Paters Vaetje (Blauwmoezelstraat 1) is a good first start, while Vitrin (Marnixplaats 14) is a beautifully designed high-end hipster café in South Antwerp, and perfect for trying both gin and beer.

Where to eat
The Glorious Inn (De Burburestraat) is the best fine dining in town. Chef Johan Van Raes' takes local, seasonal ingredients and makes them sing in a way that is both sophisticated and plainly delicious. Local vegetables, fish and beef are all mainstays, along with beautiful cheeses from further afield, and a smattering of Europe’s best wines to wash it down with. Try the enormous Holsteiner fillet of beef: it’s smoked at the last minute to marvellous effect. The Jane (Paradeplein 1), in a former chapel, headed by celebrity Dutch chef Sergio Herman, is another hot table.

Things to do
Don't miss the Plantin Moretus museum, which tells the surprisingly fascinating history of the 16th century printing trade through some of the first bibles and atlases ever printed; two of the oldest known printing presses are on display too. Head to the Cathedral and to the Rockox Huis for Reubens; the latter also has some brilliant Breughels, Van Eycks and more. For shopping, start at from the hotel, head along Nationalestraat and right down IJzerenwaag and continue to follow your nose from there. You’re in the heart of ‘concept store’ land, and there are tiny shopping jewels scattered throughout selling everything from high-end jewellery to beauty to stationary.

The Eurostar from London to Antwerp via Brussels takes just over three hours. Rooms at Room National start from €95 per night, to book or find out more visit roomnational.com