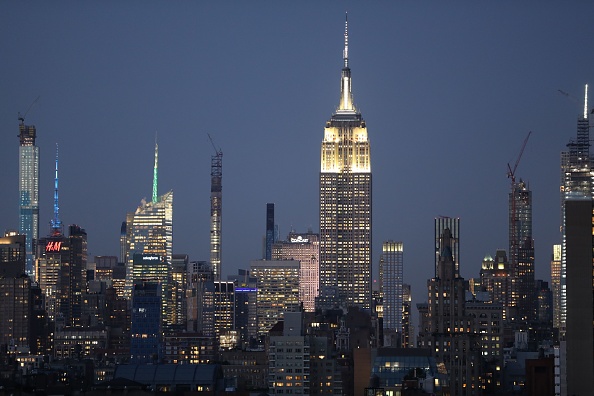 Cities are becoming more important than countries, with their success determined by innovation, efficiency and the clustering of industries. What does this mean for investors?

The global economic focus is shifting from countries to cities. Cities are efficient and the economic output that can be derived from cities is much greater than from countries.

Cities are being transformed by urbanisation, driven by technological innovations and the exchange of new ideas as industries increasingly cluster together.

And with 90 per cent of the global population predicted to be living in cities by the end of the century according to research by Oxford University, this is a long-term trend, providing a huge growth opportunity for investors.

Three of the richest countries in the world (as measured by GDP per capita) are Qatar, Luxembourg and Singapore. In each of these three countries more than 90 per cent of the population live in cities, according to figures for 2018 from the CIA World Factbook.

Conversely, three of the poorest countries in the world are the Central African Republic, Democratic Republic of Congo and Burundi. In these countries the percentage of the populations living in urban areas (i.e. the urbanisation rates) are 41.4 per cent, 44.5 per cent and 13 per cent respectively, according to figures for 2018 from the CIA World Factbook

The pace of urbanisation is accelerating

Urbanisation is nothing new. People have been moving to cities to seek better work opportunities since the earliest days of the Industrial Revolution. However, the pace of growth is now accelerating, with urbanisation rates in countries such as China expanding exponentially.

In 1950, only 30 per cent of the global population lived in cities, according to the United Nations (UN). By 2035 that figure is expected to have risen to 63 per cent, the UN said. Sarah Harper, an expert in population and demographics at Oxford University, has estimated that 90 per cent of us will be living in cities by the end of the century, illustrating the long-term nature of urbanisation.

Read and watch more:
– Video: What to look for when investing in global cities
– Video: Six reasons global cities could save the world
– The battle of the bays: China’s urban ascent

Cities are the most efficient way for humans to live and this efficiency creates wealth. As an investor in global cities, I seek to determine where innovation is occurring because this leads to the creation of new jobs, which attracts more people and further investment into the city.

The benefits of clustering

One of the main advantages of a city is the ability for different business to be located near each other. This is known as “clustering” and is an essential component in the success of many businesses today, boosting efficiency and allowing companies to work together and exchange ideas.

Some cities are succeeding, but others are failing

The US city of Detroit has long been the poster child for cities in decline. Heavily dependent on the auto industry, the city has been in long-term decline for the past few decades after many of the big US car manufacturers moved their production facilities out of the city. Detroit’s decline is, in part, due to its failure to adapt to the changing industrial and economic climate, and over the next five to 10 years more cities will start to fail.

Innovation is now one of the key determinants of a city’s success. The number of patents filed by cities acts as an effective barometer, with successful cities (such as San Francisco and San Jose) filing a significantly higher number than failing cities (such as Detroit). Innovation creates jobs and attracts talent and further investment into a city.

Universities are vital to a city’s success

Universities are an essential component to a city’s success. A world-class university provides the lifeblood to a global city in terms of innovation and talent. The top 20 global universities are all located in successful cities and key global innovation hubs such as New York, Boston, London, Beijing and Singapore.

These are the cities where innovation is occurring. An asset held in one of these cities is more likely to maintain its value than in another city without a world class university.