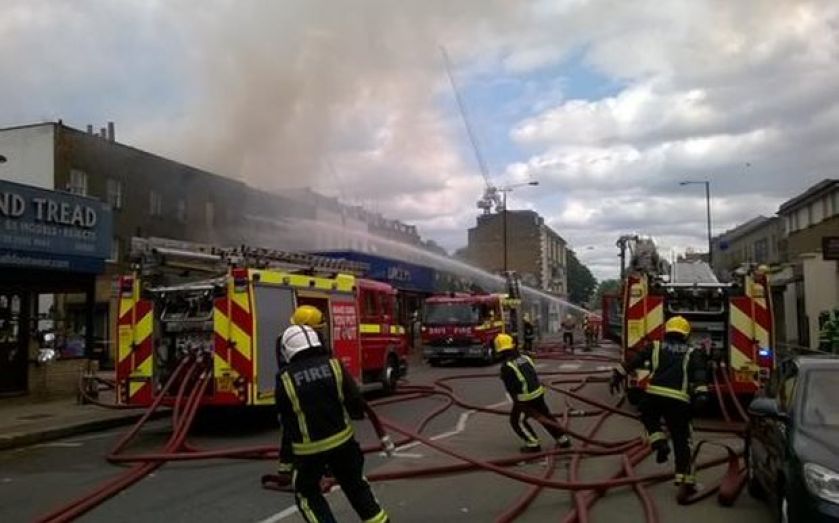 One man was taken to hospital with burns and smoke inhalation today after 10 fire engines and 72 firefighters were called to attend a huge blaze at a parade of shops on Yorkton Street in Hackney.
https://twitter.com/pauljacob74/status/610433358619910146

By 2.15pm the London Fire Brigade tweeted that it was "making good progress" tackling the fire. However, smoke could still be seen from miles around.
https://twitter.com/LondonFire/status/610432691775746049

"Residents are advised to keep doors and windows closed," said the fire brigade.

According to officers, the blaze was on part of a roof on the street.

The street is close to Haggerston Park and Hackney City Farm, as well as Haggerston School.
https://twitter.com/LondonFire/status/610435439363670018