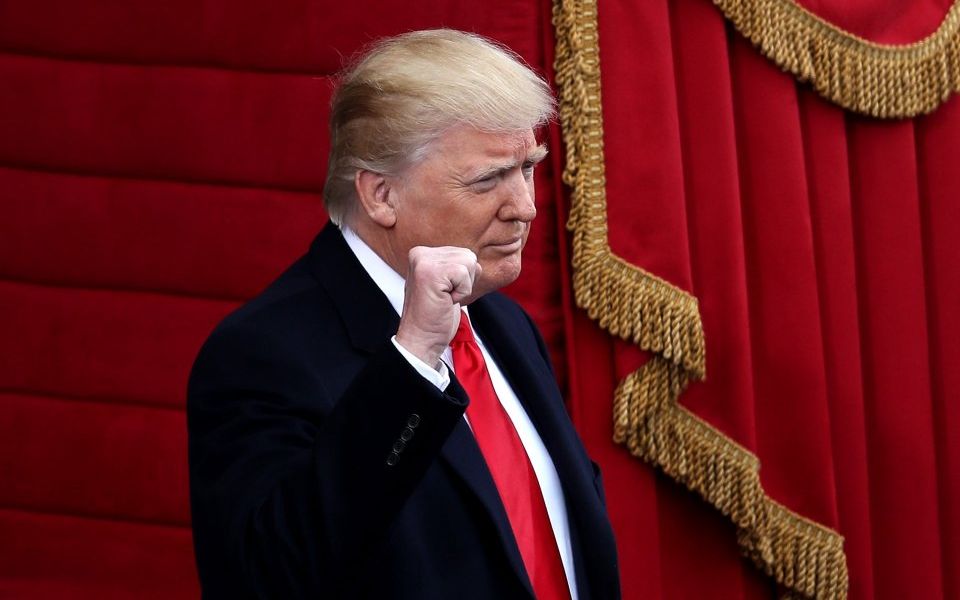 America was ablaze this summer.

At one point in August, there were more than a hundred major active wildfires burning, as global temperatures soared to record highs.

Meanwhile, the US President was rolling back climate regulations and undermining international efforts to slow down global warming. Donald Trump, claimed former Obama adviser David Axelrod, “is literally Nero, while the west burns”.

Nero fiddled while Rome burned, the famous story goes. While the city disintegrated behind him, in the great fire of AD 64, the emperor performed for his admirers in a tower on the Esquiline Hill, reciting an epic poem he had written himself.

The image is uncomfortably familiar: a state consumed by calamity; a leader in love with the sound of his own voice. Last week, as Hurricane Florence rushed towards the US East Coast, Trump was busy disputing the death toll from Hurricane Maria, which devastated Puerto Rico last year.

You can find more similarities between Trump and Nero, with a little imagination.

Both are showmen, although where Trump is above all a TV star, Nero dreamed of the stage. He spent hours training, reports the gossipy historian Suetonius, exercising with weights on his chest and purging himself with enemas in the hope of improving his husky singing voice.

While Nero sang, no one dared leave the theatre. Women gave birth in the stalls; men pretended to be dead in order to escape the emperor’s efforts. But think what Nero could have done with modern technology. Trump, with cable news and Twitter at his disposal, has turned the whole world into his captive audience.

Both men also display a certain fragility of ego.

Trump hides his frailties beneath expensively constructed hair; Nero grew a downy reddish neckbeard over his double chin. Trump inflates the size of the crowd at his inauguration and retweets praise from random bot accounts; Nero is said to have enrolled a regiment of specially trained clappers, lest his performances be greeted by inadequate applause.

Then there’s Trump’s enthusiasm for branding things with his own name – hotels, golf courses, even steaks. But he has yet to match Nero’s ambition: the emperor, we are told, planned to rename the month of April “Neroneus”, and Rome “Neropolis”.

Where Trump Tower boasts a golden elevator, Nero had a thirty-metre colossus of himself installed in the imperial vestibule. His palace, known as the “Golden House”, had a mile-long colonnade and a revolving dining hall.

When the Romans started to grumble about Nero’s extravagance, he distracted them by attacking an immigrant religious minority.

Americans dismayed by the treatment of Mexicans and Muslims can console themselves that things could be worse: Nero had early Christians dipped in pitch and set on fire to light his gardens.

Of course, this could all be a the ancient equivalent of “fake news”, to use Trump’s favoured phrase.

Nero’s reign was set down in history by the hostile chroniclers of later dynasties, who left no scandal unembellished. The notorious “fiddle” of popular legend is a perfect fiction – an instrument that wouldn’t appear in Rome, even in the most primitive form, for at least another 800 years.

It is therefore wise to be cautious about drawing lessons from history – and ancient parallels are used just as much by Trump’s supporters as his critics.

On the Trump Supporters’ subreddit, one fan has photoshopped a Roman laurel wreath onto Trump’s head; another has produced a pencil drawing of Trump wearing a fantasy version of Roman armour, “MAGA” emblazoned on each gauntleted arm.

But one echo from Nero’s reign is particularly strong: both Trump and Nero are detested by the traditional political elite.

Nero’s theatrics scandalised the stiff old nobles of the Roman senate, men who took themselves no less seriously than the Republican “never-Trumpers” of the Washington establishment, now reduced to helpless lamentations in conservative magazines.

Like the never-Trumpers, Nero’s senators looked back longingly at the laws and customs of a vanished past. They struggled to adapt to a Rome that was no longer a constitutional republic, but an imperial autocracy.

America too stands at a moment of transition. Can a country’s two-century old constitution survive the internet age? Is Trumpism here to stay?

History is an imperfect guide, and rarely an encouraging one. Nero’s reign ended in civil war, followed by 400 years of imperial despotism. And, even as the state tore itself apart around him, Nero thought only of himself.

As he expired, he is supposed to have murmured mournfully: “I die, and so great an artist”.