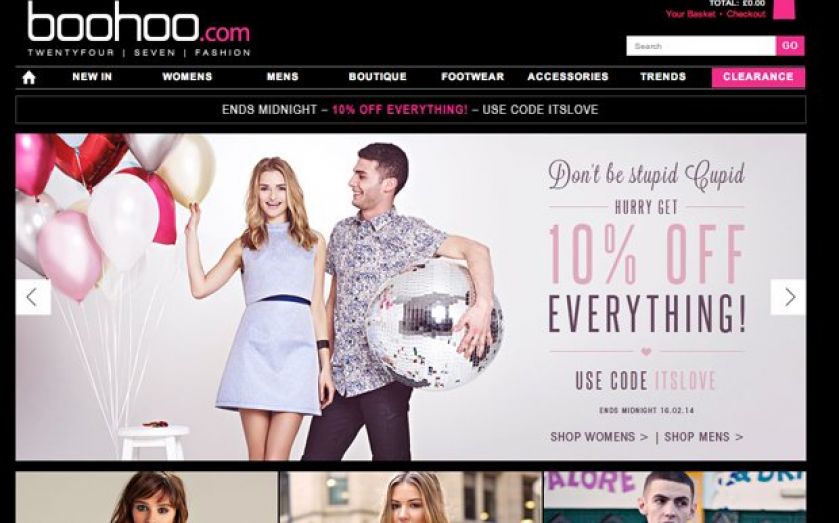 The firm’s offering, of selling cheap own-brand clothing and accessories online, has chimed with younger consumers in recent years. Boohoo’s rise comes at the same time as high street rivals such as Topshop fight for survival amid declining footfall.

Boohoo’s global revenue rose 39 per cent in the three months to 31 May, reaching £254.3m. Revenue growth in Britain rose 27 per cent, while abroad it soared 57 per cent.

The group kept its guidance for the full year – or 25 per cent to 30 per cent revenue growth, with a core profit margin of about 10 per cent.

Despite this, shares fell 2.5 per cent in early morning trading, on the back of last week’s claims by union Usdaw that the firm has been “found wanting” on union representation.

But the fast fashion retailer has had its fair share of controversy, with the Union of Shop, Distributive and Allied Workers (Usdaw) claiming Boohoo has not done enough to give its workers an independent voice last week.

Meanwhile, MPs have also criticised the firm in their inquiry into the sustainability of the fashion industry, saying “throwaway fast fashion is having a huge environmental impact” last month.

Brewin Dolphin investment manager John Moore said: “Boohoo is a timely reminder that, with the right approach, there is still a place for a carefully-considered and marketed retail offering that knows its customers and how to provide products they want.”

Chief executive John Lyttle said: “The group has made a strong start to the year as we continue to disrupt and capture market share in the UK and internationally across all our brands.

“Our multi-brand strategy is really capturing our customers’ attention.

“We have ambitious plans for the group, and continue to invest to ensure that our scalable multi-brand platform is well-positioned to disrupt, gain market share and capitalise on the global opportunity in front of us.”