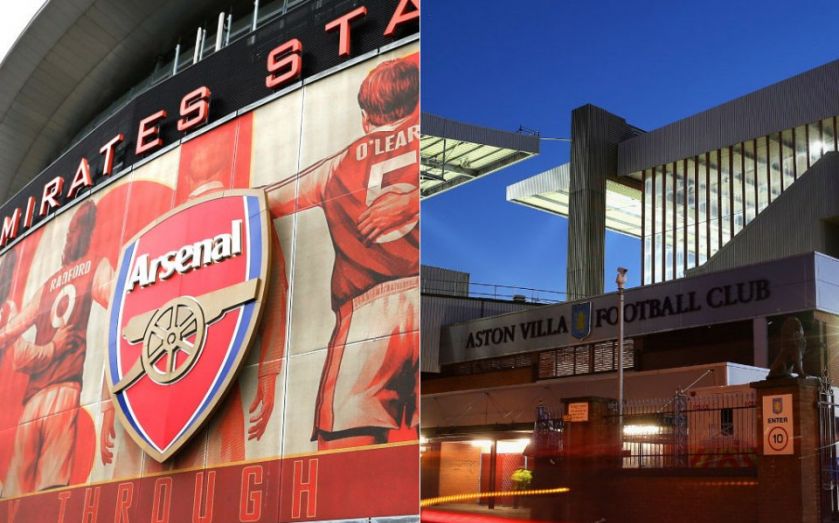 Arsenal and Aston Villa may be meeting up at Wembley this weekend in the FA Cup final, but there’s more than just mileage and points between the two Premier League clubs.

Their home turfs of Birmingham and London show a tale of two cities divided by a gap of more than a quarter of a million pounds when it comes to the price of property.

Even if favourites Arsenal triumph in the tournament, Villa comes out on top in the property affordability stakes – the average pad in Birmingham comes in at a comfortable £120,000, and a steal compared to the average across England and Wales (£178,007).

In the capital’s hot property market, that figure stands at an eye-watering £463,000, or the equivalent of almost four Birmingham properties.

Closer to Wembley in the borough of Brent, properties are a little less costly than average at £424,000, while the home of Arsenal’s Emirates stadium in Islington flies past the half a million mark at £669,000,

Since Arsenal’s gaffer Arsene Wenger has been in charge, and while he was picking up six FA Cup trophies, prices have rocketed a hefty 547 per cent. Back in 1996 when he took the helm, a pad in Islington cost just £60,000, according to data compiled by eMoov.

Meanwhile at Villa Park, the cost of a house has grown 94 per cent since the last time Villa made it to Wembley. That was back in 2000 when a property would have set buyers back £85,000, on average.

There’s all to play for in the FA Cup final, but there's a clear winner when it comes to jumping on the property ladder.

However, the capital would take home the trophy when it comes to return on investment, with yearly growth in the capital – across the city, Brent and Islington – outstripping Birmingham and England and Wales as a whole.

Check out how the two cities compare below.