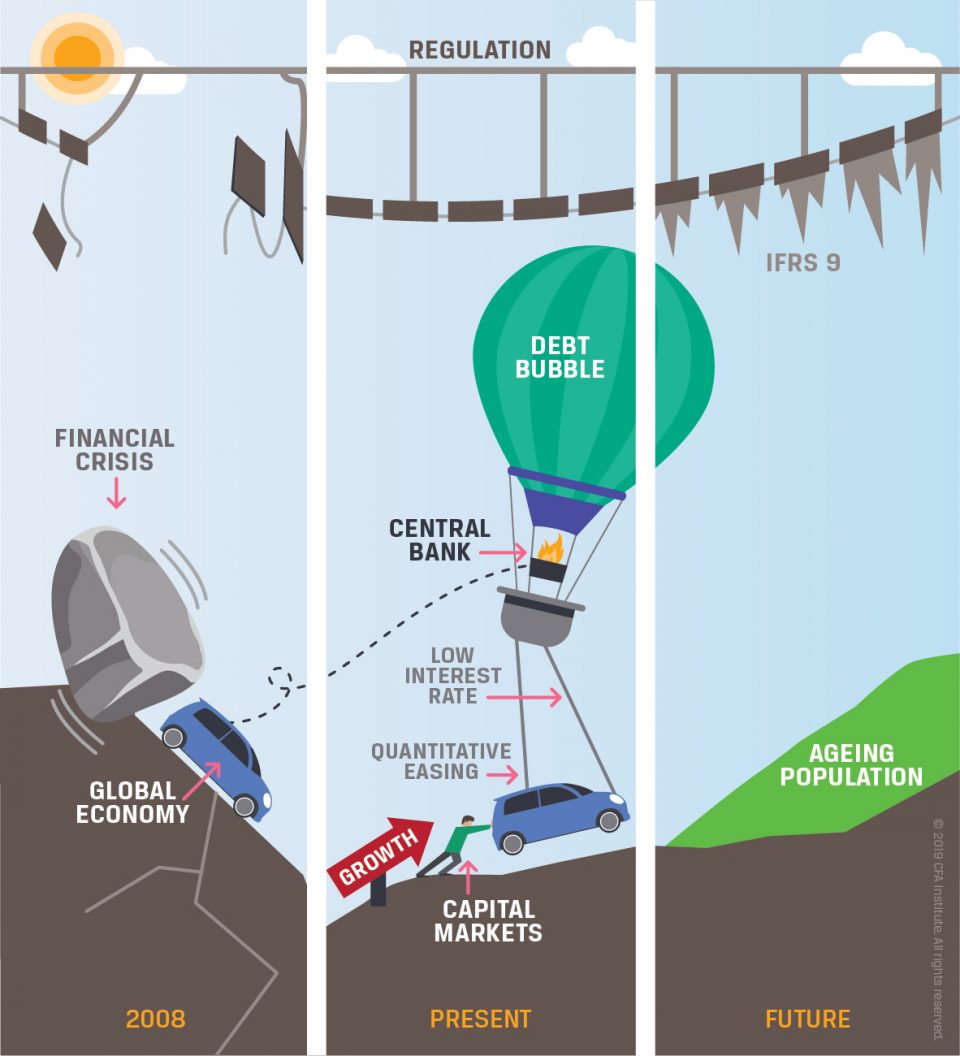 A policy crafted to stop repeating past mistakes often misses the future challenges shaped by those very policies. Policymakers need to focus more on risks that could arise from lending or liquidity shocks in the future than the imprudent lending behaviour that resulted in the 2008 financial crisis.

The 2008 financial crisis happened because of the lax regulations and poor accounting standards for recognising losses “too little, too late.” The International Accounting Standards Board introduced a new standard, IFRS 9, which requires banks to account for credit losses on an expected basis. The Expected Credit Losses (ECL) estimate is expected to address the criticism on loss-provisioning accounting weakness and also avoid increased lending in an upturn and decreased lending in a downturn (pro-cyclicality). It is too early to say whether the ECL experiment will be successful: we will only find out the answer to this question after the next financial crisis.

IFRS 9 came into effect on 1 January 2018. This is the first year when all banks (excluding those in the United States) have to publish their full-year financial statements on the basis of the new standard. Similar to the regulatory Expected Losses (EL), IFRS 9 ECL is required to capture macroeconomic and other specific trends relating to a loan portfolio and reflect them in a timely fashion in financial statements. However, one key difference between the two is that regulatory estimate is measured through the economic cycle, to avoid provisioning volatility at any point in time during the economic cycle. In contrast, IFRS 9 ECL is measured at a point in time and will result in volatility. Therefore, it is possible that for the first time in history, the ECL (accounting) could be more prudent than the EL (regulatory) close to an expected economic downturn.

We are living in interesting times: an ageing population, climate change, technological disruption, global indebtedness, unconventional monetary policy, and the rise of cryptocurrencies. All these factors individually or collectively will likely increase credit risk over time and will need to be reflected in credit risk assessments—and therefore in ECL and EL estimates. These factors have already started causing geopolitical disruptions. Social media makes us all aware of these risks and how they will affect our future. Therefore, these issues cause political disruption first before eventually becoming financial problems.

The interconnected markets and fast-paced financial innovation make risks more dynamic and global in nature. The ECL, as per the letter and spirit of IFRS 9, will have to consider, reassess and reflect these risks at each reporting date. In theory, this should be great, because it will force more responsible lending. However, this could also amplify a lending shock to a sector or a bank if all lenders assess it as very risky at the same point in time. This is more likely than before because the new regulatory and accounting changes have resulted in an increased use of models to assess and manage risk, including its implications on the regulatory capital.

The unintended consequences of IFRS 9 could also make lending behaviour more biased towards short-term and collateral-backed products, because these will be assessed as less risky—to the detriment of other sectors that require long-term, unsecured funding. This prudent form of lending could harm future economic growth, and there needs to be a right balance between risk taking and risk aversion. Having said that, the shadow banking sector stepped in to fill the vacuum after the 2008 financial crisis, when banks withdrew from the markets to repair their balance sheets. The big question remains whether the central banks would again indulge in an even more aggressive response to another economic crisis, and how effective that would be. This in turn will determine the ability and motivation of shadow banking institutions to assist in future lending or liquidity shocks. Unlike the banking sector, the shadow banking sector has no regulatory capital constraints on its risk appetite.