British advertising giant M&C Saatchi has seen a demand for a greater European presence than Brits in some briefs, the company’s global CEO, Moray MacLennan, told City A.M. this morning.

MacLennan, who was appointed global CEO in 2009, said he discovered in a conversation with one Saatchi’s European agencies, that “when it was a pan-European brief, they wanted Europeans in the room.”

Exclusive: US firmly on Saatchi's radar in next two years, says CEO 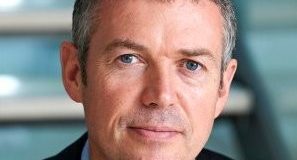 “They don’t want Brits going over there and speaking English to them,” MacLennan explained.

He concluded that, since Brexit, “they’ve become more European, if you like.”

In terms of the impact of Brexit to M&C Saatchi’s business though MacLennan said: “I haven’t seen any easily quantifiable difference that Brexit has made to our business.”

In the latest financial report published today, although the advertising behemoth saw net revenue rise 14.2 per cent to £118m globally, net revenue in Europe declined by 43 per cent from £12.9m in the first half of 2020 to £7.4m while it increased by £14m in the UK.

Headline operating profits for both regions soared by 200 per cent for Europe and higher still for the UK where the figure increased by 250 per cent.