Exclusive: City fund managers on the winners and losers from the Brexit deal 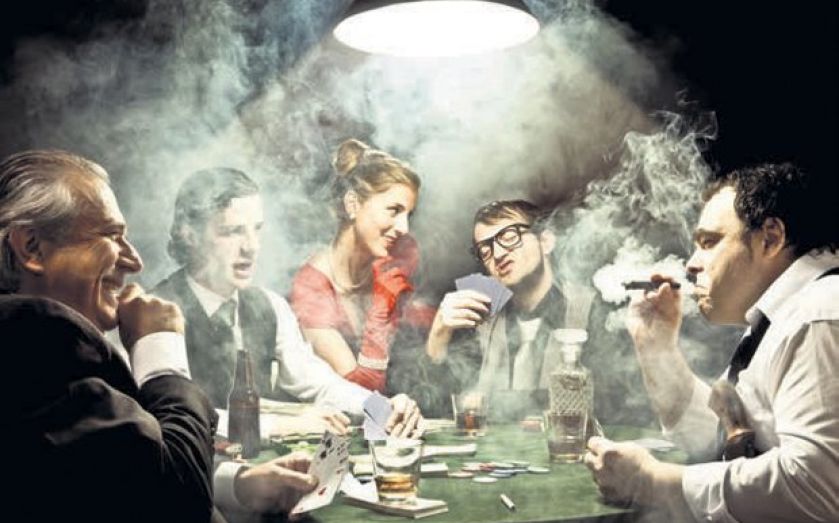 The Christmas Eve announcement of a UK-EU trade deal promised an end to four and a half years of uncertainty and speculation. Whilst there are areas of the relationship still to be finalised, it has brought some much-needed clarity to many UK businesses, even though uncertainty for the financial services space and the City remains.

As the trade deal came into effect on 1 January, investors are wondering whether it may be the turning point for UK equities, despite the UK currently being in its third lockdown.

In this 2-part series, City A.M. asked members of the Barbican-based Association of Investment Companies what their UK-focused fund managers make of the post-Brexit trade arrangements, the impact of three lockdowns and, finally, the longer-term outlook for the UK investment community.

In this installment, they focused on the UK-EU deal and which sectors and companies may become the winners and losers from the deal. In part 2, the fund managers discussed how the third lockdown has affected businesses compared to the previous two and they zoomed in on the market in the long-term.

While portfolio companies have had a number of years to prepare for the various potential outcomes of Brexit negotiations, the trade deal, which allows a continuation of tariff and quota-free trade in goods between the UK and EU, is welcomed by Guy Anderson, portfolio manager of The Mercantile Investment Trust.

“In particular, companies that source goods or material inputs from the EU should benefit from low-friction trade and a stronger sterling,” Anderson said.

For example, convenience food producer Greencore estimates that up to one third of its raw materials are sourced from the EU. “While the company had done extensive contingency planning, the trade deal will have been well-received,” he added.

For Margaret Lawson, lead manager of SVM UK Emerging Fund, however, it is too soon to tell if the trade deal will materially help trading in her portfolio companies.

“But it offers more certainty about the UK economy and outlook. The last four years have seen international investors reduce UK exposure and many UK wealth managers also rebalance to be more global resulting in UK equities lagging other main markets,” Lawson explained.

“There is now an opportunity to catch up,” she added.

Many of Lawon’s funds targeted companies are focused on enterprise services using cloud support or e-commerce, while others include companies helped by sustainability trends. Portfolio companies include Ceres Power and ITM Power in fuel cells and hydrogen.

“I expect investment in supporting business resilience and strengthening supply chains to continue. UK economic recovery is likely to be led by government encouragement for sustainability and environmental improvement,” she noted.

The City’s financial services space is one area where some details still need to be finalised, but for Abby Glennie, investment director of Standard Life UK Smaller Companies Trust, this is not necessarily a negative thing.

“If anything, this might bring opportunities for fund administrators such as JTC and Sanne as client funds may need to be realigned with the new regulatory environment,” Glennie said.

“A [finserv] Brexit deal may be a catalyst to encourage asset flows into UK equities, with many investors having been standing on the sidelines in 2020,” she added.

Some companies may even benefit from the increased level of red tape and new regulations required by importers and exporters, as Glennie singled out digital specialist Kainos. “It designs the digital processes required to help businesses cope with these new regulations,” she explained.

Anderson, however, does see negatives, particularly in the long term.

Even though the trade deal ensures tariff-free trade in goods for the foreseeable future, an end to freedom of movement could impact labour availability in some sectors that employed large numbers of EU citizens, he said, adding that this could include retail and food production.

David Smith, fund manager of the Henderson High Income Trust, said in addition that the biggest fear was the potential disruption caused by a no-deal Brexit, so – as a UK-EU trade deal has been agreed – the worst of that disruption has been avoided, albeit he still expects an increase in friction of trade moving between the UK and Europe.

“The majority of the companies in the portfolio have been preparing for some form of Brexit for a number of years so the impact of the trade deal is likely to be manageable,” Smith said.

For example, food packaging company Hilton Food Group relies on workers from the EU at its facilities.

“With greater restrictions on the movement of labour it is likely that wage costs will increase. However, the company has been investing more in automation at its plants to help drive better efficiencies and to help offset any wage pressures,” Smith noted.

He also singled out specialist plastic manufacturer Victrex, which exports the vast majority of its products overseas. “It has been building up an inventory of finished products to be stored in the EU in case of border disruptions,” Smith concluded.

Tomorrow part 2: fund managers give their take on the impact of the third lockdown and their long-term outlook for the City’s investment community.