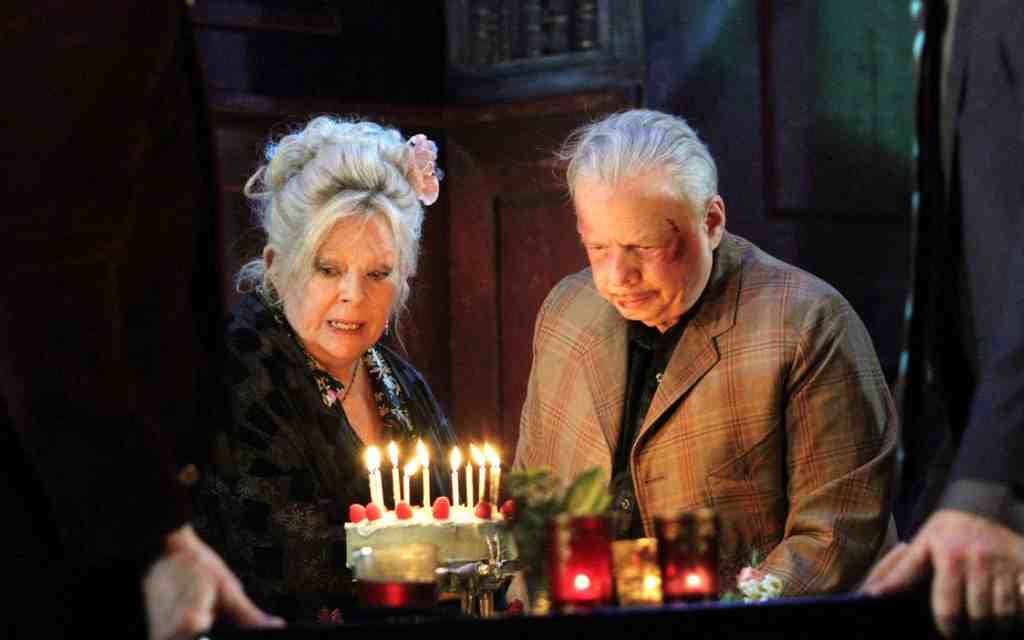 Premiering this week at the National Theatre, Evening at the Talk House is a dissatisfying affair. Perhaps there was a warning in the title, which implies static, self-important blathering, but the opening monologue – twenty-minutes of a playwright-turned-screenwriter reflecting on the trajectory of his life – really sets the tone.

Written by the magnificent character actor Wallace Shawn, the action takes place ten years after the production of a play called Midnight in a Clearing with Moon and Stars. Its cast and crew reunite at a private club (the titular Talk House), to share anecdotes about professional colleagues. So far, so self-referential, but as the evening continues it becomes apparent that this is a world different from our own, in which private individuals work part-time targeting attacks, while others travel to the developing world to carry out murders, and friends can suddenly turn on one another, leading to beatings, or killings in the street. This is under-baked Kafka; full of unsubtle, poorly realised metaphors for the current state of society and global politics, so it comes as no surprise to learn that the play had its first reading at a conference called Socialism 2014.

Thankfully, the acting is very good, especially from Josh Hamilton as the unlikeable lead, who bolsters his own achievements by belittling others. But it is Shawn’s performance as the washed-up former actor Dick that routinely steals attention, and perhaps suggests a need for more balanced characterisation.

The play ends abruptly, without adequate explanation, but it is unlikely that audiences will tax themselves greatly in trying to figure out what happened.