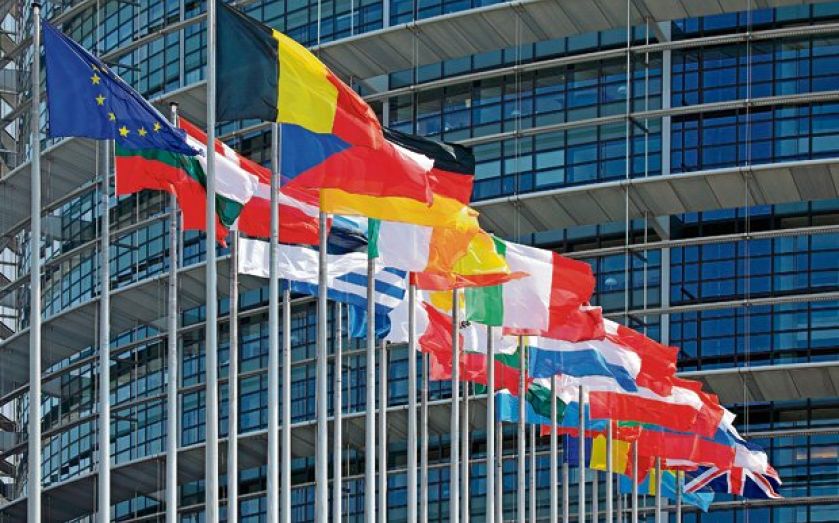 DESPITE the strongest signs yet that the European Central Bank (ECB) will act to tackle disinflation, markets remain unconvinced. ECB president Mario Draghi, speaking on Saturday, said that a continued strengthening of the euro (which the ECB believes has knocked up to 0.5 percentage points off inflation over the past 18 months) would require “further monetary policy accommodation.” The euro wobbled against the dollar, and euro-yen fell from around ¥141.11 to  ¥140.45 in early trading yesterday. But a sustained weakening has failed to materialise, with City Index’s Ashraf Laidi claiming that Draghi has merely re-opened the “verbal intervention playbook”, buying time in the hope that an improvement will soon be seen on the inflation front.

But if the euro’s march towards $1.40 continues (see chart below), and inflation prints keep disappointing, what would the ECB’s policy response look like? A Reuters survey last week saw economists ascribe an average probability of 30 per cent that the ECB will attempt some form of quantitative easing (QE), up from an 18 per cent chance in January. As Michael Hewson of CMC Markets argues, however, the political and economic complexities (including a potential legal challenge from Germany and a broken transmission mechanism in the banking sector) would make devising such a programme a logistical nightmare. But conventional QE is by no means the only option on the table, says Michael Ingram of BGC Partners.

INTERESTING RATES
The ECB’s first port of call, FxPro’s Angus Campbell argues, will be to cut its key refinancing rate (currently at 0.25 per cent) to zero, and consider pushing the deposit rate (currently at zero) into negative territory, effectively penalising banks for depositing money at the ECB. This could come as early as the next meeting on 8 May if inflation dips again, although many expect Draghi to wait until June.

The first of these moves would be largely “symbolic” in nature, says Nick Beecroft of Saxo Capital Markets, failing to have much of an impact on either bank lending or the euro. With the refinancing rate already close to zero, a marginal change will be seen as inadequate, and should already be priced in to an extent. But negative deposit rates, he thinks, could succeed in affecting yield curves and boosting lending. “It’s wrong to assume the deposit rate may only be taken marginally negative,” he says. “If we don’t see an adequate reaction from the euro, deeper cuts could follow.”

Not everyone is optimistic. Many analysts, including Ingram, argue that the balance sheets of the Eurozone’s banks are in such a bad state that the transmission mechanism of monetary policy is massively impaired. Lower (or negative) rates are supposed to support growth in the money supply by increasing the opportunity cost of banks not lending. But as the graph on the right shows, the ECB’s efforts in recent years have failed to translate into anything like a proportional rise in the money supply (measured by M3), which would need to pick up before inflation starts to rise. “Many peripheral banks are choosing to re-build margins on their loan books, rather than extend volumes,” says Ingram.

SHOCK AND AWE
These problems are also likely to shape the way the ECB designs any future QE programme, argue Michael Schubert and Jorg Kramer of Commerzbank. “If QE does not fully affect M3 and lending rates in the periphery, the ECB will consequently (have to) rely more on a third channel: depreciation of the euro,” they argued in a recent note. To have the required impact, they say, the amount of asset purchases announced under QE would have to be high enough to “impress markets” – the shock and awe tactic, causing a nudging of the euro down from its current elevated levels, and a plummeting of bond yields. Figures close to €1 trillion (£826bn) have been mentioned, and Schubert and Kramer agree that this could be on the right scale.

The majority of assets available to the ECB are government bonds (see bar chart). But, says Joe Rundle of ETX Capital, this option is likely to meet opposition from Germany, and would become politically messy. For this reason, some expect the ECB to focus on private sector debt, such as asset-backed securities (ABS) of small to medium sized enterprises (SMEs), as opposed to government bonds. Such a programme would help to boost lending in the SME sector, eventually having a knock-on effect on inflation. But RBS’s Richard Barwell has argued the practical difficulties of pricing ABSs would likely cause a delay to any programme. And Schubert and Kramer point out that, because they account for just under half of all the assets available to the ECB, it would be difficult to avoid buying government bonds at some point.

The primary market impact of this type of QE programme, they estimate, would be an extremely sharp drop in bond yields. German ten-year bunds could plummet to less than 1 per cent (from around 1.5 per cent at the moment), while the euro would fall against other major currencies. Euro-dollar could hit $1.30, a massive drop from the current level comfortably above $1.38. This would be accentuated by the continued wind down of the Federal Reserve’s own QE programme.

GOOD AND BAD
If delays to any possible QE programmes do occur, it’s not just ABS pricing issues that will be to blame. Many analysts, including Rabobank’s Elwin de Groot distinguish between “good” and “bad” disinflation. The first, healthy kind is the result of necessary structural changes, lowering unit labour costs and increasing competitiveness. The “bad” scenario occurs when disinflation becomes deflation, people postpone spending and economies face the toxic mix of debts increasing in value while output slumps. The ECB’s Jens Weidmann argued last week that there is no sign of such a deflationary scenario in the Eurozone. Indeed, the latest ECB forecast sees inflation rising to 1.7 per cent in 2016. If Weidmann’s view is shared in the ECB, we may see a delay, or further easing may not happen at all.