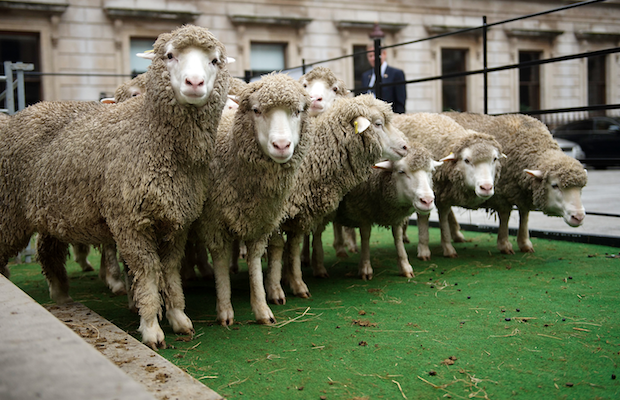 The European Commission has adopted two draft laws banning the sale, import and marketing of cloned meat in the European Union.

The Commission adopted the proposals due to concerns over animal welfare and ethical issues surrounding the controversial technology.

Today's initiatives on animal cloning respond to animal welfare concerns as well as consumer perceptions on food from animal clones in a realistic and workable way. The changes on novel food will create a more efficient system. It will offer EU consumers the benefit of a broad choice of foodstuffs and provides a favourable environment for Europe's food industry.

Cloning will be allowed to continue only for purposes such as research, conservation of rare breeds and endangered species or use of animals for the production of pharmaceuticals and medical devices.

The European Commission's response to the technology seems at best an overreaction given the risks associated with cloned meat. The US Food and Drug Administration (FDA) found in January 2008 that meat and milk from cloned animals, such as cattle, pigs and goats, are as safe as those from non-cloned animals.

The Commission's exemption on cloning for medical research will be a relief to scientists involved in the field.

While cloning is still a relatively new technology it has the potential to provide humans with a host of different benefits.

The researchers who cloned Dolly the sheep successfully cloned other sheep that were genetically modified to produce milk containing a human protein needed for blood clotting. The scientists hope that this protein can be purified from the milk and given to humans whose blood does not clot properly.

Cloning animals also provides the ability  to test new drugs and treatments on subjects who share the same genetic makeup, meaning the responses to the drugs should be the same in each subject.

Cloning is not used for food production at the present time. No food business in or outside the EU has applied for an authorisation to market food produced by cloning.