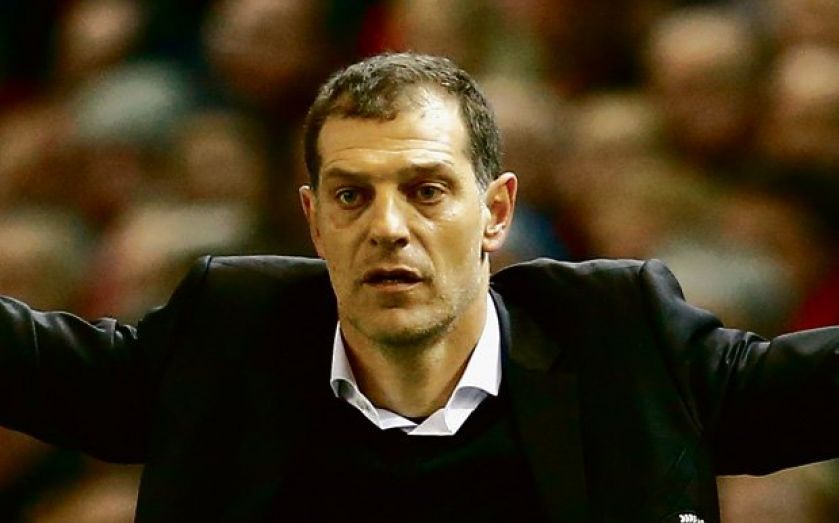 WEST Ham manager Slaven Bilic admitted there were worrying repercussions from his side’s two-goal Europa League surrender last night other than a European campaign which now hangs in the balance.

Goals from strike duo Enner Valencia and Mauro Zarate put the Hammers in cruise control before a James Collins red card changed the complexion of the third qualifying round first leg tie and allowed Romanian side Astra to rally.

Collins became the third West Ham player in five European matches this term to be dismissed, ironically for a team which qualified for the competition through the Fair Play League, while Bilic was also sent to the stands late on. Defender Joey O’Brien had already suffered a suspected hamstring injury by the time Valencia was carried off on a stretcher. The Ecuador hitman will have a scan on his knee today.

“At 2-2, it’s a bad result for us and we’re not happy. Add injuries to Joey [O’Brien] and Enner [Valencia] and the frustration is bigger,” said Bilic, whose side face a potentially precarious second leg in Romania next week. “We definitely played well in the first hour, but we had to react better to going down to 10 men.”

Zarate doubled West Ham’s lead six minutes into the second half after Valencia’s opener in the first, but the hosts were left frustrated as midfielder Fernando Boldrin and an own goal from debutant Angelo Ogbonna drew Astra level.