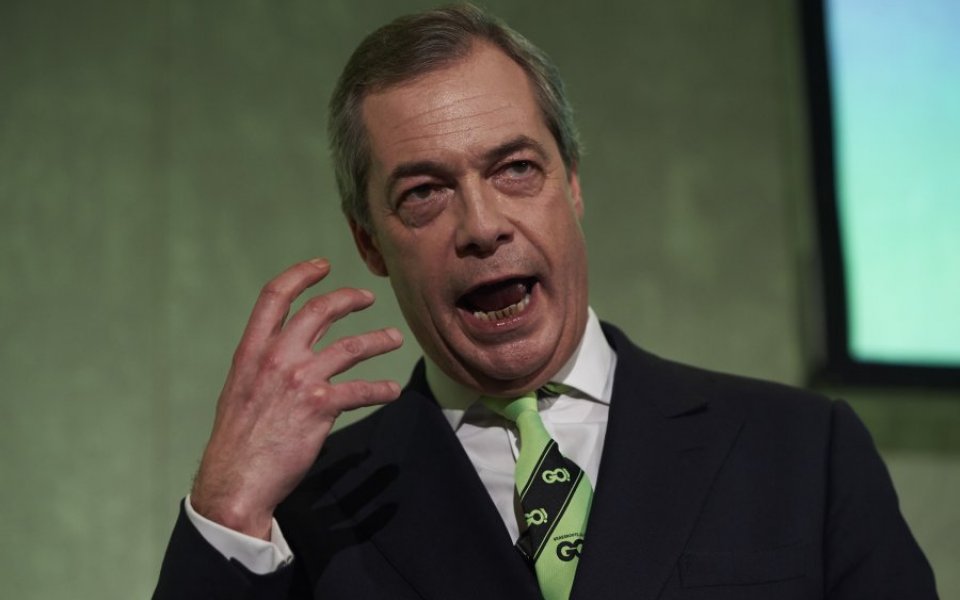 Leader of the UK Independence Party Nigel Farage has said that he doesn't want the United Kingdom to be a part of the the European Single Market, but instead wants the UK to "stand on its own two feet".

"I don't want to be part of the European Single Market, I want Britain to leave the European Union, be an independent country and trade with the world," Farage said on the BBC, arguing you can have a free trade deal without being part of a political union.

But Conservative minister for small business Anna Soubry bit back, saying the UK won't trade freely with a market that has 500m people in it, meaning "we will be poorer for it".

Undeterred, Farage said that they will continue to to trade with the UK as "the EU needs us more than we need them".

Farage also said earlier in a debate with Soubry on Channel 4 News that he wants the UK to be "independent, self-governing, making our own laws", and not a part of the European Single Market and political union which forbids "us from making our own trade deals".

The debate comes after Prime Minister David Cameron said the UK would not be able to sign trade deals with other countries "until you've determined the nature of your relationship with the EU", which he said would take a minimum of two years.