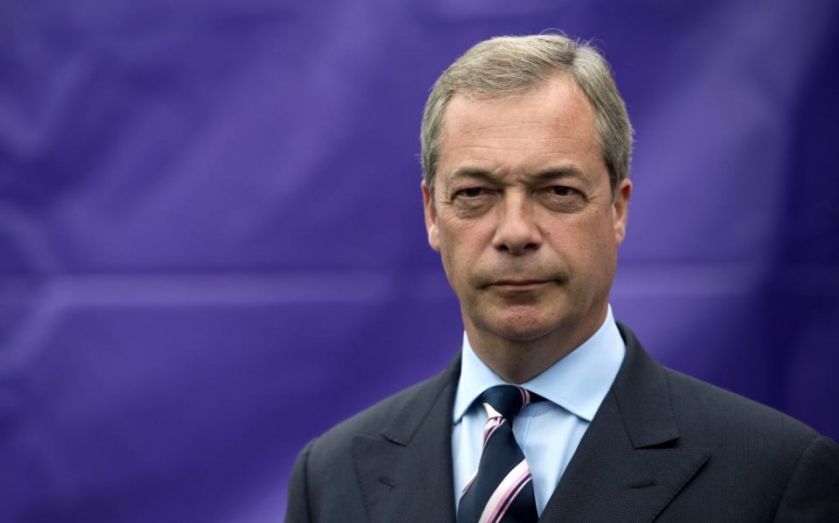 A "Yes" vote to staying in the European Union could lead to the UK joining the single currency, said Ukip leader Nigel Farage said today.

Speaking at Westminster about how the "No" campaign can win the referendum, Farage said:

There is no doubt if we vote "Yes", it really means yes – yes to a closer political union and extended European Union foreign policy. If the yes men get their way we move closer to joining the euro.

One of the big mistakes is the thought that being a member of the EU is a never ending series of lines in the sand. The "Yes" campaign pretends that if people vote Yes, membership will stay the same. But the EU is a process and Brussels continues to get more power and leaves Britain with less.

In a speech in which he outlined Ukip's role in campaigning for the "No" side before the referendum, Farage also said that there would be no referendum without the eurosceptic party's input.

However, he added that current Prime Minister David Cameron is allowed to set the agenda unchallenged: "What of the no side? They've gone to ground. Those who have in some cases been calling for a change for 20 years are standing aside. The no side needs to set the agenda for the renegotiation."

Read more: “There is a new Berlin Wall and it is called the euro”

This comes before the electoral commission, which regulates party and election finance as well as setting standards for elections, chooses one group from the "Yes" and "No" side which will be entitled to broadcast campaign speeches, receive a publicly funded grant of up to £600,000 and send a leaflet to each household.

"In the absence of anybody else", Ukip will therefore lead the ground campaign for the "No" side, Farage added.

He also said the idea of Britain being too small to succeed without the EU is false, pointing to how Iceland recently signed a free trade deal with China. "If a country with a population of a third of a million can do it, I'm sure Britain can do it."