EU referendum: Owen Paterson calls for Brexit after loss of Rochester and Strood to Ukip 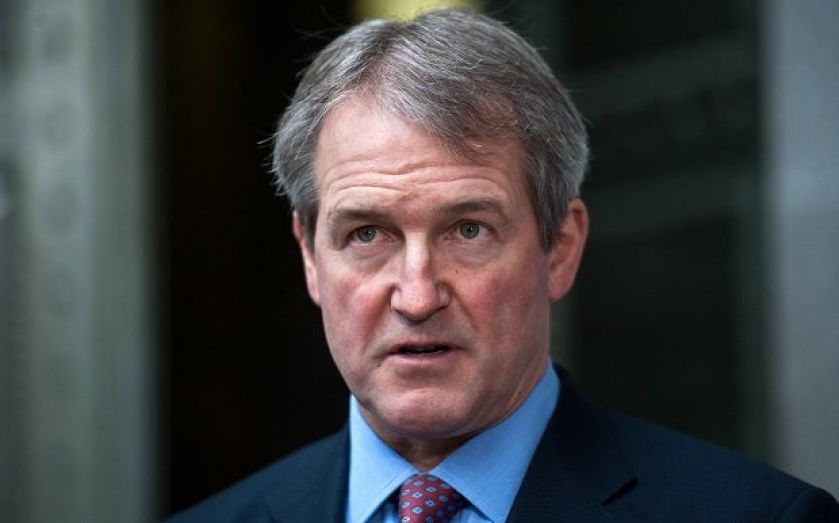 Ex-cabinet minister Owen Paterson has called for Britain to withdraw from the EU in a speech to business leaders.

The Tory backbencher, who proved a controversial environment secretary, told the campaign group Business for Britain, which aims to get the UK a better deal with the EU, that a free trade agreement would be a better arrangement than EU membership.

Paterson said the UK can prosper outside the EU and that the Prime Minister should commit the Conservative party to invoking article 50 of the Lisbon treaty to begin Britain's process of withdrawal.

The eurozone has already embarked upon a path that we can never follow. We are simply recognising that reality. We must either be fully committed to 'Le Project' or we must build an entirely new relationship.

He argued that a so-called Brexit would see "our government brought back within the control of our own Parliament". Paterson's intervention came less than a week after the Rochester and Strood by-election where Ukip took its second Tory seat.

Prime Minister David Cameron is also expected to make a speech this week on the subject of immigration. The speech could include the withdrawal of benefits to migrants for up to two years.

In order to satisfy eurosceptic demands and head off the rise of Ukip, David Cameron has presented a strategy where he will renegotiate the terms of Britain's EU membership and then put it to the British people in a referendum in 2017.

The British people will then have the choice of opting for the new deal or voting to come out. Over the weekend the PM faced criticism over his handling of Ukip and the EU from Tory grandees such as Lord Tebbit.