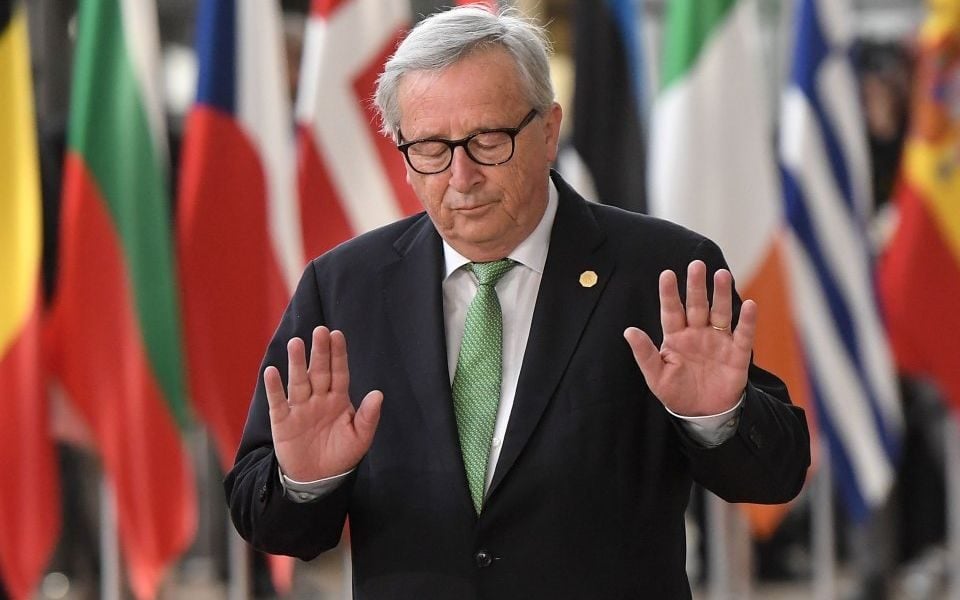 EU leaders have ruled out any renegotiation of the Brexit deal as Theresa May once again called for MPs to compromise.

Arriving for her final summit in Brussels on Tuesday, numerous leaders made it clear to May the proposal which has been rejected by the UK parliament three times was the only deal on offer.

Outgoing European Commission President Jean-Claude Juncker summed up the mood, telling reporters he is “crystal clear – there will be no renegotiation”.

His defiant stance was echoed by other leaders, with Spain’s Prime Minister saying: “There is no other option than the agreement we reached.”

As the summit got underway May warned that whoever succeeded her in Downing Street would need to find a consensus in Parliament on how to proceed with Brexit.

She said: “It’s a matter of great regret to me that I haven’t been able to deliver Brexit but of course that matter is now for my successor and they will have to find a way of addressing the very strongly held views on both sides of this issue and to do that and to get a majority in Parliament, as I said on Friday, will require compromise.”

The EU's resistance to reopening negotiations increases the possibility of a no deal Brexit.

Many of the ten candidates vying to succeed May as Prime Minister – including Boris Johnson, Esther McVey and Andrea Leadsom – have indicated they would be willing take the UK out of the EU without a deal when the current Article 50 extension ends on October 31.

However, foreign secretary Jeremy Hunt warned that pushing ahead with no deal would be “political suicide”.

Writing in the Telegraph, the leadership contender said: "Any Prime Minister who promised to leave the EU by a specific date – without the time to renegotiate and pass a new deal – would, in effect, be committing to a general election the moment Parliament tried to stop it."

He added that having 'no deal' as an election pledge would "delight Nigel Farage and probably put Jeremy Corbyn in No 10 by Christmas".

Housing minister Kit Malthouse is the latest name to throw his hat into the ring for the leadership.

The former Deputy Mayor of London was elected to the Commons in 2015, and helped create the so-called Malthouse Compromise plan, which would have seen the controversial Irish backstop in May’s Brexit deal replaced with alternative arrangements.

James Cleverly, another former London Assembly member elected to Parliament in 2015, is expected to announce his candidacy on Wednesday.

Former London Mayor Boris Johnson is still perceived as the favourite to win the contest, which the Conservative's hope to conclude before the end of July.