Equus at Trafalgar Studios review: A fresh take on this sexy, horse-blinding drama 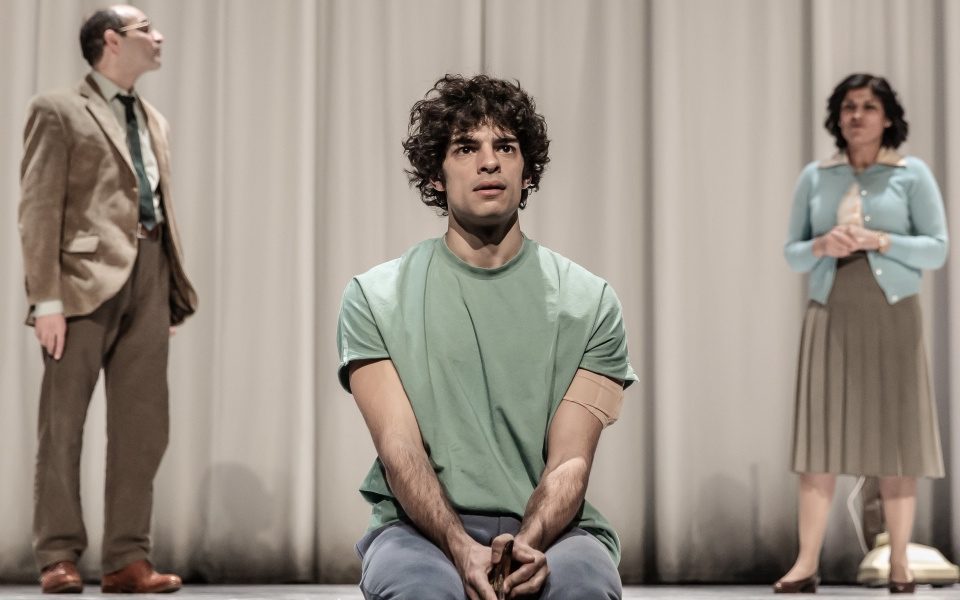 Everyone knows Equus as the play about the boy who gets off on riding horses.

It follows Alan Strang, a 17-year-old trying to navigate his aberrant sexuality under the influence of his overbearing religious mother and disciplinarian socialist father. Martin Dysart is the psychiatrist tasked with treating him after he blinds six horses with a spike at the stables where he works.

It would be all too easy for a play about sex from the – much like the era’s morals – to come across as outdated.

This new production at Traflagar Studios takes a direct, unflinching approach, managing to make this 1970s play about sex feel utterly modern. Resurrecting Equus, which essentially debates whether a kind of enforced, clinical ‘normality’ is better than a life led with true – albeit troubling – passion, also seems relevant at a time when attitudes towards mental health are shifting.

Its last outing in 2007 benefited from the star power of Daniel Radcliffe, whose nude scenes as Alan drew much attention, especially given he was fresh from the Harry Potter franchise.

But Bennett’s version, which was first seen at the Theatre Royal East in Stratford and then toured the UK, shows you don’t need big names to draw the crowds. Zubin Varla delivers a star turn as Dysart, who he plays as a jittery, chain-smoking academic whose desire to protect Alan’s individuality against the vanilla existence to which he himself has succumbed grows stronger as the play goes on. It may have led to a repugnant act of violence, but at least, Dysart says, Alan has “galloped”.

This culminates in a raw final monologue where, set stripped bare and lights glaring, he cradles the troubled youngster as he tells him he will make his pain go away, but that he will in turn become a passionless “ghost”.

Ethan Kai delivers a decent performance as Alan, particularly when he’s riffing with Dysart and trying to get him to reveal the darker sides of his own personality. Ira Mandela Siobhan’s performance as Nugget, the primary object of Alan’s bestial desire, is impressively visceral considering it’s played by a bloke without a costume or props. The whole production is pared-back, allowing it to zero in on the tormented souls at its core.

Director Ned Bennett  brings enough new ideas to his Equus to make this an engrossing, if uncomfortable, evening even if you’re already au fait with the material. And yes. He does get his kit off.