English referees are being overlooked by Uefa for Champions League ties 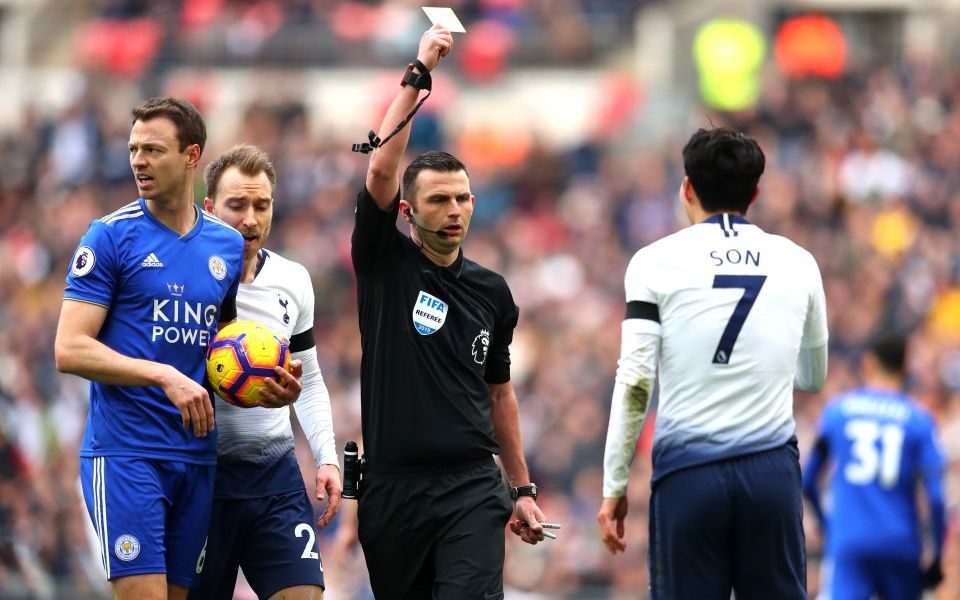 If the full complement of English teams progressing to the Champions League quarter-finals is evidence that England’s teams are among the best in Europe then the absence of referees from these shores raises some uncomfortable questions for our officials.

For the first time in a decade, four Premier League clubs have reached the last eight of Europe’s elite competition, yet not a single fixture in the round of 16 was presided over by an English or British referee.

This follows a 2018 World Cup in which Fifa opted not to select a single British official among the 99 that travelled to Russia.

Read more: FA Cup to remain on BBC until at least 2025

Mark Clattenburg, who in 2016 refereed the finals of the Champions League and European Championship, would have been selected, but his decision to move to Saudi Arabia in 2017 left England without representation as Fifa rejected the Football Association’s attempt to replace him.

Not since 1938 had British officials missed the World Cup; given their absence from the Champions League knockout stages too, a worrying trend has appeared.

Only those deemed to be elite can officiate Champions League knockout games, although those in the first category are also considered for group stage matches.

England’s Michael Oliver and Anthony Taylor, as well as Scotland’s Willie Collum, are among the 26 referees that make up the elite referee group, but none of those three were selected to take charge of the last-16 ties as Uefa opted to look elsewhere.

Craig Pawson is the only other Premier League referee to have officiated in Europe this season and took charge of Monaco vs Borussia Dortmund in the Champions League group stages, but is not eligible to referee the knockout rounds.

The last English referee involved in a Champions League knockout game was Michael Oliver as he was forced to send Gianluigi Buffon off for dissent after awarding a penalty (Source: Getty)

It was Pawson’s first and only time refereeing in the Champions League, while Taylor is accustomed to not being appointed beyond the group stages.

But Oliver, who is widely seen as England’s best referee, has not taken charge of a Champions League knockout tie since an infamous night in Spain a year ago when he sent off Gianluigi Buffon after awarding Real Madrid a last-minute penalty, which won them the tie.

He was praised for his performance that night, and yet has not been appointed to a game of similar magnitude by Uefa since.

All three Englishman have officiated Europa League games too, with both Oliver and Taylor being appointed to knockout matches in the competition earlier this month, rather than the Champions League.

To put it into some context with Europe’s other top leagues, three referees from England have officiated just seven Champions League matches this season, whereas Germany have had five different referees officiate 11 games, Spain’s four elite referees have taken charge of 10 games, while Italy’s three have officiated 11.

While referees from Europe’s biggest leagues might be expected to have officiated the most matches, even Slovenia, Slovakia, Poland and Romania have had individual referees take charge of more games than their English counterparts.

And upon further examination of Europa League appointments it becomes more damning, with no new additions from England, meanwhile Scotland, for example, have had five different referees involved.

Sources close to Professional Game Match Officials Ltd (PGMOL), the body that represents the country’s top referees, believe that our representatives have been overlooked in part because the Premier League is not using the video assistant referee (VAR) system this season. They expect that to change next season when the technology is used more extensively throughout the domestic game.

Uefa confirmed that for the Champions League knockout rounds and Europa League final they will only appoint “referees with previous experience in using VAR in their domestic competitions or at the World Cup”.

But English referees are trained in using VAR – Taylor and Oliver have officiated in cup matches using the technology this year.

It may partially explain their lack of high profile appointments, but other referees including the Pole Szymon Marciniak and Solvenian Damir Skomina, who took charge of Manchester United’s comeback against Paris Saint-Germain, are not abundantly more experienced in using VAR.

Skomina officiated three Saudi Arabian league and three World Cup games using the technology prior to this season, although he continues to referee in the Saudi Professional League now.

It was not a prerequisite for the World Cup, and perhaps English officials’ absence from that has counted against them.

Another possibility is that the Referees’ Committee, which sends observers to every Uefa match to analyse the officials performance, does not rate Premier League referees as highly as their European counterparts.

Either way, it falls to England’s teams and not their officials to fly the flag overseas for the time being.