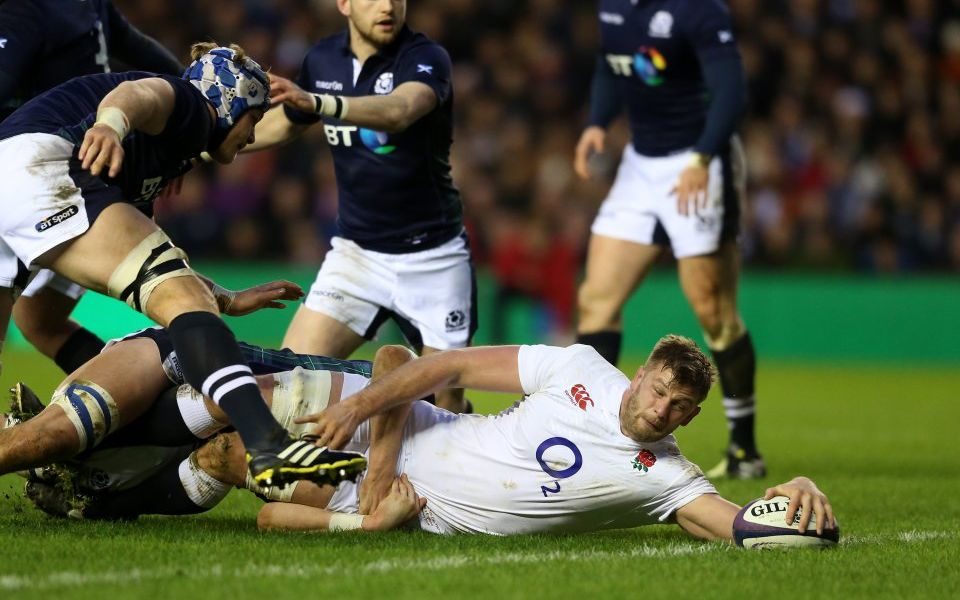 England star George Kruis and Saracens team-mate Dom Day have set out on a mission to revolutionise recovery by releasing a product aimed at enhancing rehabilitation – with a difference.

The substance of their “fourfive cbd” products is cannabidiol (CBD), a derivative of hemp, which is part of the cannabis family, but without the psychoactive ingredient of THC that is used recreationally to get high.

Launching a new business always presents challenges, but those are multiplied when it involves a substance that still carries a taboo.

Relatively little research has been conducted into the benefits of CBD but so far there is some evidence it has similar effects to painkillers and anti-inflammatories, and can also aid sleep and anxiety issues, though the World Health Organisation (WHO) have not recommended it for medical use.

“Originally, Dom injured his knee and had an operation at the beginning of last year,” Kruis tells City A.M. “While he was looking at different ways to improve his recovery, he noticed that CBD had been legalised by the World Anti-Doping Agency (Wada).

“He found good results using it and three or four weeks later I had an ankle operation and tried it myself after speaking to Dom. I found it helped my sleep a lot.

“When you’re injured, you have to train five or six days a week so it's quite intense. I wanted to improve my sleep to aid my recovery and that was one thing I saw real big benefits out of it.”

For Wales forward Day, CBD’s removal from Wada’s list of banned substances has meant an end to the non-stop cycle of taking painkillers and anti-inflammatories.

“One of the reasons for taking it is that I don’t have to take painkillers or prescription drugs anymore,” Day says. “It’s 10-12 years into a rugby career and for the whole time we are in the grind of playing and have been taking anti-inflammatories and painkillers without thinking about what it is doing to our bodies.”

The pair decided to take their new-found appreciation for CBD a step further and set about starting their own business with the blessing of their club, Saracens, who proactively encourage their players to have pursuits outside of rugby.

The company is so far entirely funded by Kruis and Day, and they have declined interest from possible outside investors for now, happy with the progress they have made going it alone.

Last month, the first line of products was released and they say the company has already seen “massive demand” for its CBD supplements.

Those currently on sale do contain a minimal trace of THC – not nearly enough for someone to get high – but the pair are working on bringing out a completely THC-free version in the coming weeks.

The CBD is derived from hemp, which contains no more than 0.3 per cent of THC and is now legal to buy in the UK – but it cannot be sold with claims of medicinal benefits until a licence to do so is approved.

A new line of products

While the products currently available are perfectly acceptable for the general public, the pair have been pushed to create a version without any trace of THC by the Rugby Football Union (RFU) and Welsh Rugby Union (WRU) if they want fellow professionals to use it.

“We’ve kept in close communication with the unions and RPA [Rugby Players’ Assocation] throughout the whole process and that’s possibly the driving force behind us bringing out the zero THC line product,” Day says.

“We want to make everyone as comfortable as possible and we’ve had a couple of conversations with drug testers from the RFU and nutritionists from the WRU.”

That line of products is set to be available in the next couple of weeks and will have undergone rigorous standards testing, according to Kruis, who is set to feature for England at the Six Nations, starting this weekend.

It will allow the company to provide the supplement to elite athletes as well as to the general public, although the target market is predominantly the “everyday active person”.

“It’s someone who wants to go running after work, someone who might do yoga, or go walking, but their bodies are a little bit sore, or they might have sleep issues,” Kruis explains.

“We want to have a great range for professional athletes to give them confidence to use this product as well, but our main market will come from someone who might have mild arthritis and pain but wants to get back to running and walking.”

Despite some people’s understandable misconceptions around using a derivative of cannabis, and with long-term effects of its use still relatively unknown, Kruis believes that it is the prime time to get involved with CBD.

It was a product that had been stuck in a legal grey area, but having been unbanned by Wada, hemp and CBD are now being increasingly legalised across the world, with US president Donald Trump signing legislation last month in the Farm Bill to make hemp, and thus CBD oil, legal.

Kruis and Day are looking to take advantage of the new gap in the market and have big goals to beat out competition and become the main brand in shops throughout the UK.

“We want to be the active range in pharmacies, chemists and gyms around the country,” says Kruis. “It’s being legalised everywhere, and it keeps moving forward. We want to be at the front of the movement.”