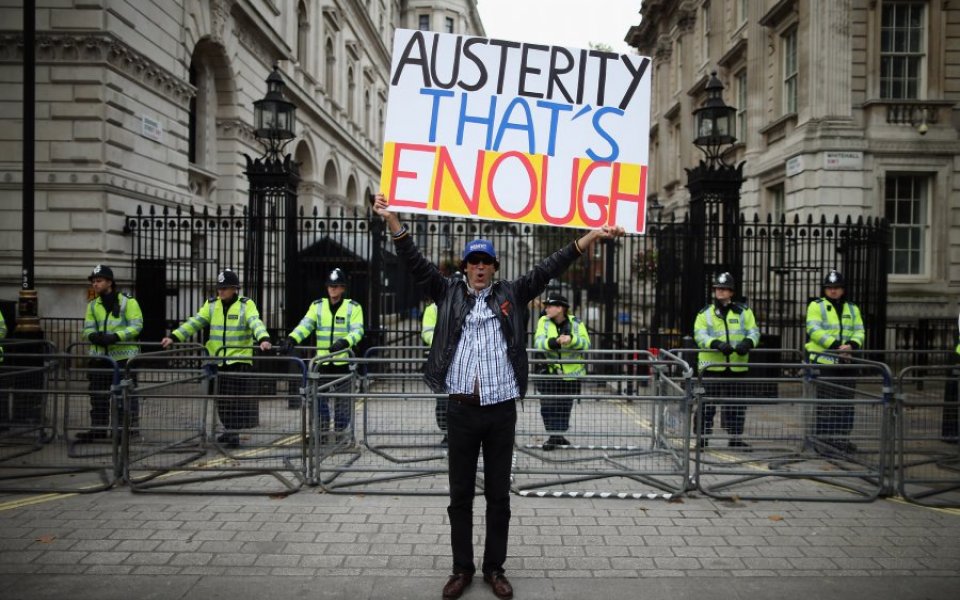 If you thought it was the end of austerity, think again.

It's the word people searched for most often and most regularly on Cambridge Dictionaries online and has been crowned "people's" word of the year by their researchers.

It was apparently the "clear front runner", appearing on its weekly most searched list at five separate times throughout 2015. Spikes in searches for the word appeared during elections in Greece in January, through the three months leading up to he UK General Election as well as later in September when Portugal's elections were held. Searches for austerity also remained higher throughout the year.

Read more: Peak emoji? How Oxford Dictionaries' word of the year 2015 rose in popularity and why it may soon be over – in charts

"Millions of people around the world use Cambridge Dictionaries Online, and every search is stored for analysis. By comparing weekly search statistics with those across the year as a whole, we can identify when particular words and phrases receive a significant increase in numbers of searches on the site," said Cambridge University Press researcher Dom Glennom.

“We found a huge influx of searches for the word austerity from all over the world, as governments globally are implementing cost-cutting measures and sparking people’s interest in what the term actually means, and perhaps also how it’s spelled and pronounced.” 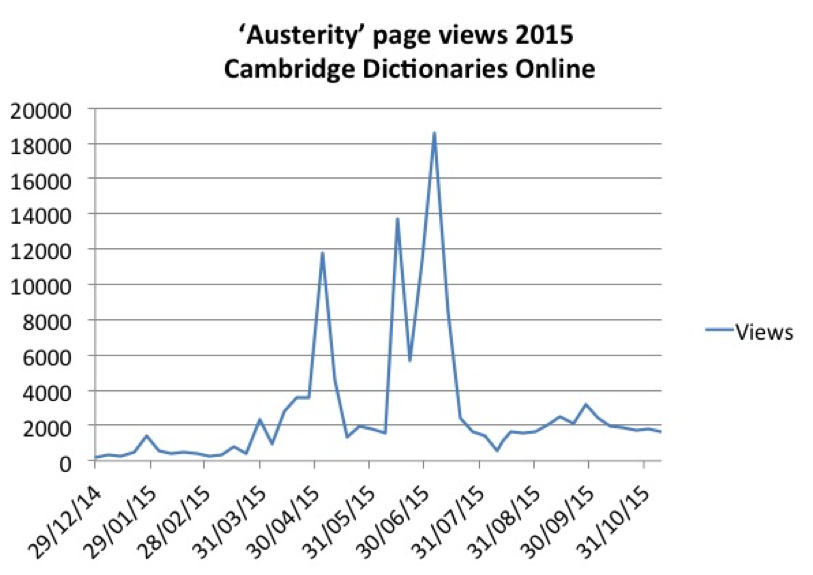 The word swarm was also a contender, with a spike in searches in July and August, which they put down to David Cameron's use of the word to describe refugees in Calais. Politics also drove interest in the word horse-trading, when Indian elections brought accusations of it (That's, unofficial discussion in which people make agreements that provide both sides with advantages, if you're not familiar).