Elon Musk is right to share Tesla's patents: Now he should ditch them altogether 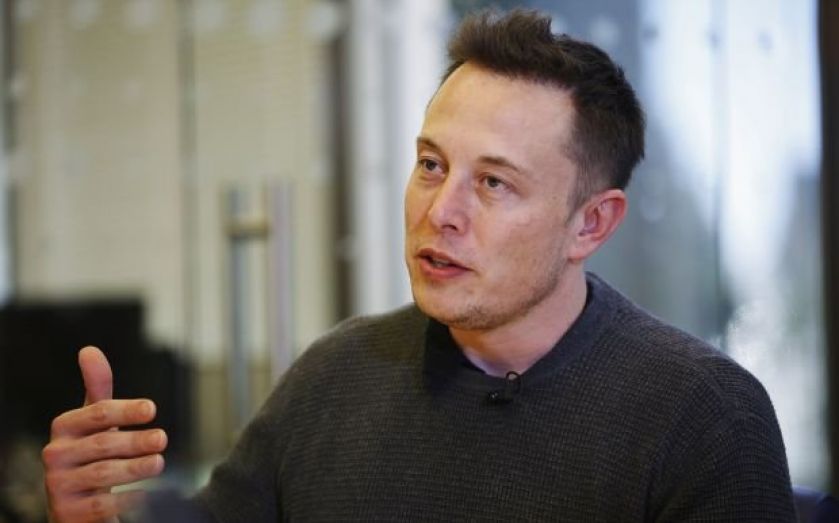 A WAR is being waged by the litigators of Silicon Valley. Their chosen weaponry: patent law.

The battle is most obvious among the tech giants. In 2011, Apple and Google spent more on patent lawsuits and purchases than they put towards research and development. And it is consumers who get stung. A report released by law firm WilmerHale this May found that patents are now responsible for as much as 30 per cent of the cost of a £240 smartphone.

It’s taken serial entrepreneur and billionaire Elon Musk to shake things up. Having already brought his disruptive brand of innovation to cars, energy, and space travel, last Thursday he announced that his company Tesla, an electric car manufacturer, is taking steps to tear up the rules on patents. It is a move that could reverse a trend towards competition by litigation.

Musk said in a blog post on his company’s website that the wall of patents in the lobby of Tesla’s Palo Alto headquarters had been removed. Tesla will “not initiate patents lawsuits against anyone who, in good faith, wants to use our technology”.

Those reading the news would be forgiven for thinking that investors would react badly. Tesla is apparently giving up one of its key assets: its intellectual property. But instead, shares were up the next day.

The standard argument for patents runs as follows: entrepreneurs won’t go through the lengthy and expensive process of research and development if their competitors can simply swoop in to duplicate their efforts, cost-free. Without some mechanism to defend intellectual property, investment will be much lower and, as a result, growth is capped. Most governments are convinced, and grant innovators temporary monopolies via patent rules. But what seems a necessary evil may not be supported by the evidence.

If patents were so positive for innovation, wouldn’t we see it somewhere in the data? Economists Michele Boldrin and David Levine summarise the case against patents neatly: “there is no empirical evidence that they serve to increase innovation”.

Further, Musk’s decision has a clear commercial rationale. For Tesla’s electric cars to flourish, he admits that he does not need to best the “small trickle” of electric cars produced by his competitors, but to compete against mainstream car manufacturers. What they have, and what Tesla doesn’t, is a network of fuel stations along almost every road in the US. By opening up his technology, Musk can boost the demand for electric charging stations, and in turn their supply. By tearing down the barriers to entry, Musk makes economies of scale possible.

Having your competitors use your platform also offers opportunities to outsource research and development. Staff at Nissan and BMW are understood to be interested, and the improvements they can offer could in turn be built into Tesla’s products.

As one BMW engineer recently told Morgan Stanley, Tesla’s presence alone has helped reinvigorate a spirit of automobile innovation that was beginning to run stale. But for all of this, Musk could still go further.

Tesla’s “good faith” disclaimer is a flimsy promise that will make investors nervous. Musk has been bold before. If he really wants to harness the benefits of competition, he needs to ditch Tesla’s patents altogether.