For a very British egg, look no further than the Queen’s chocolatier Prestat, whose egg nods to its 100-year-old London heritage. This milk chocolate and lemon oval is filled with white chocolate truffles flavoured with gin, lemon and juniper.
£15 from prestat.co.uk.

Decorated in shimmering gold, green and scarlet, these creations are filled with smaller white, milk and dark chocolate eggs. Paul A Young’s four London stores, in Camden, Tottenham Court Road, Wardour Street and Threadneedle Street, have one £150 giant egg in the window that’s available to pre-order.
Medium £29, large £39. Buy in store or at paulayoung.co.uk.

This colourful, limited-edition egg is made using Peruvian dark chocolate that is famous for its citrus notes. The disks are French galets, and each one is has a unique flavour to discover, ranging from passion fruit to salted-butter caramel.
£95, available from Pierre Herme in Selfridges, Monmouth Street and Lowndes Street.

Pig out and chill out at the same time with creation by the pastry chef at the celebrity sushi haunt. The design is meant to replicate the tranquil rake pattern of a Japanese garden, and it’s available in dark chocolate or milk then sprayed gold, silver or bronze, according to taste.
£30, noburestaurants.com/London. 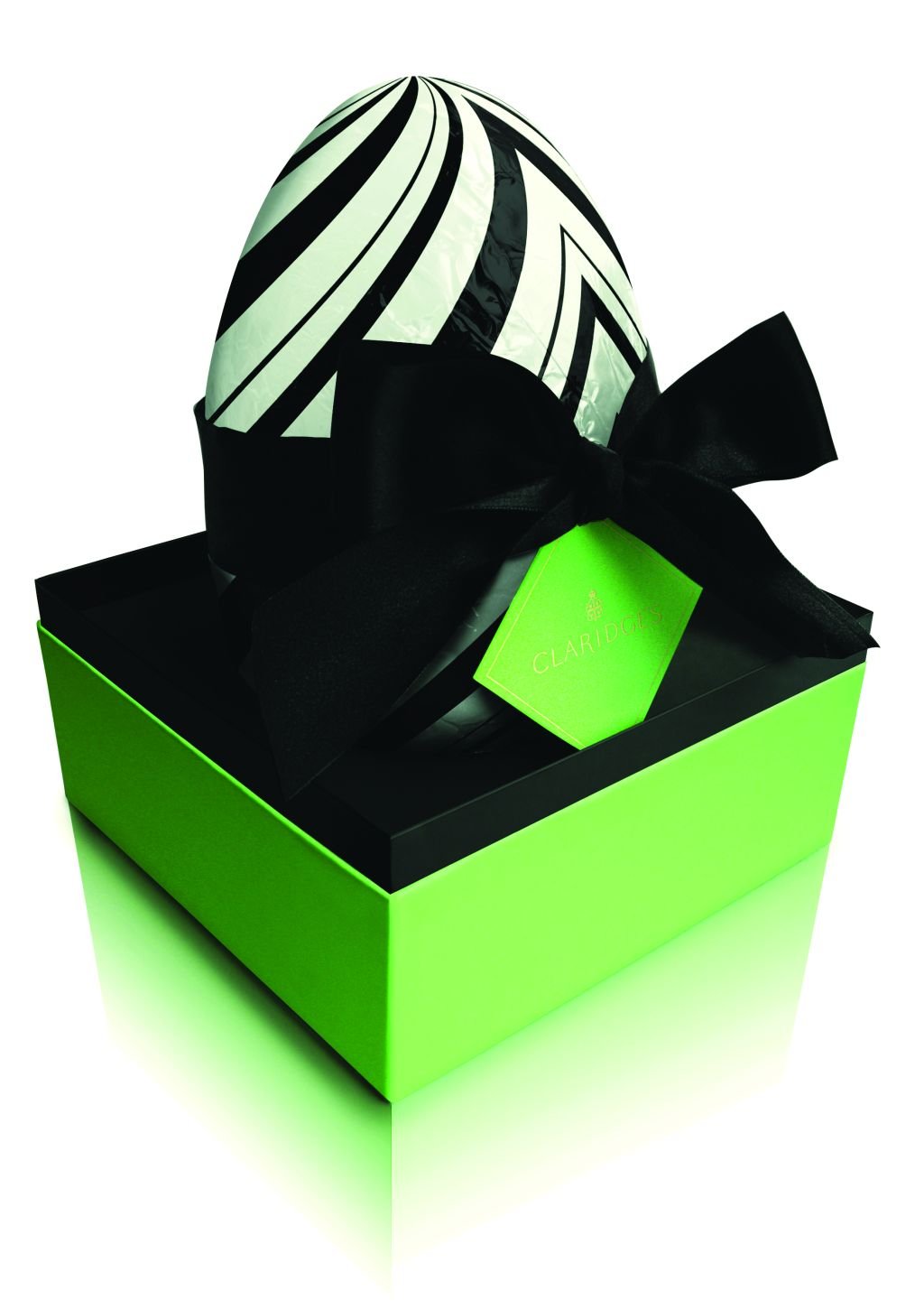 The pastry chefs at Mayfair’s Claridge’s have taken the hotel’s centuries’-old checkerboard lobby as inspiration for this year’s egg. Made using Valrhona dark, milk and white chocolate, it’s then filled with handmade chocolate quails’ eggs and wrapped in Art Deco-style foil.
£60, call the gift shop on 020 7629 1808. 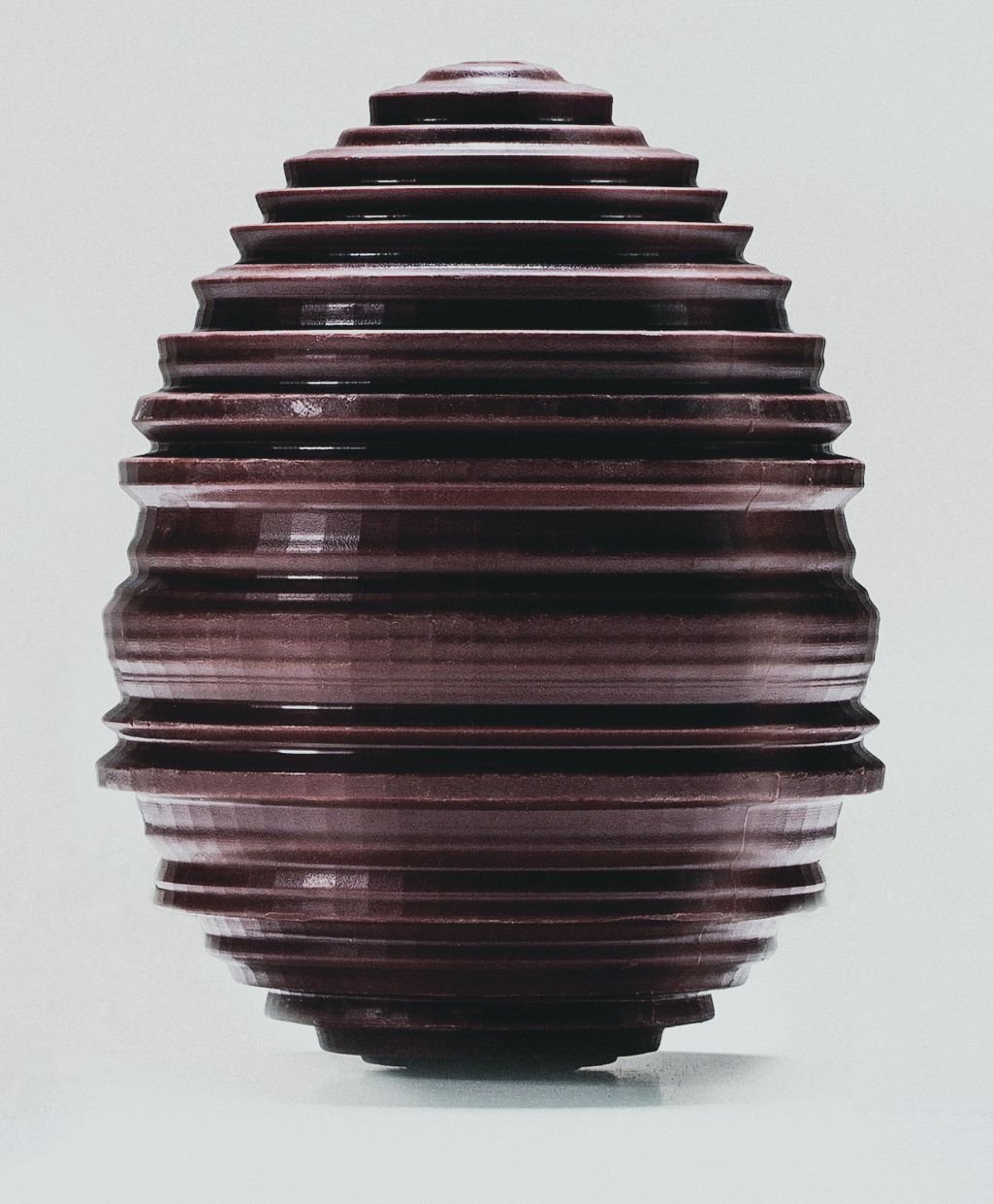 Ducasse uses his own 75 per cent cocoa dark chocolate from his Parisian shop, Le Manufacture de Chocolat, to create this layered masterpiece. Its shape is meant to be reminisicent of a piece of clay being moulded on a pottery wheel and it’s filled with “fritures”, small chocolates and pralines in the shape of a fish, which are traditionally used to announce the arrival of Easter in France.
£45, available from the Bulgari Hotel and Residences in Knightsbridge.