Donald Trump is right: The Federal Reserve has created the conditions for another financial crisis 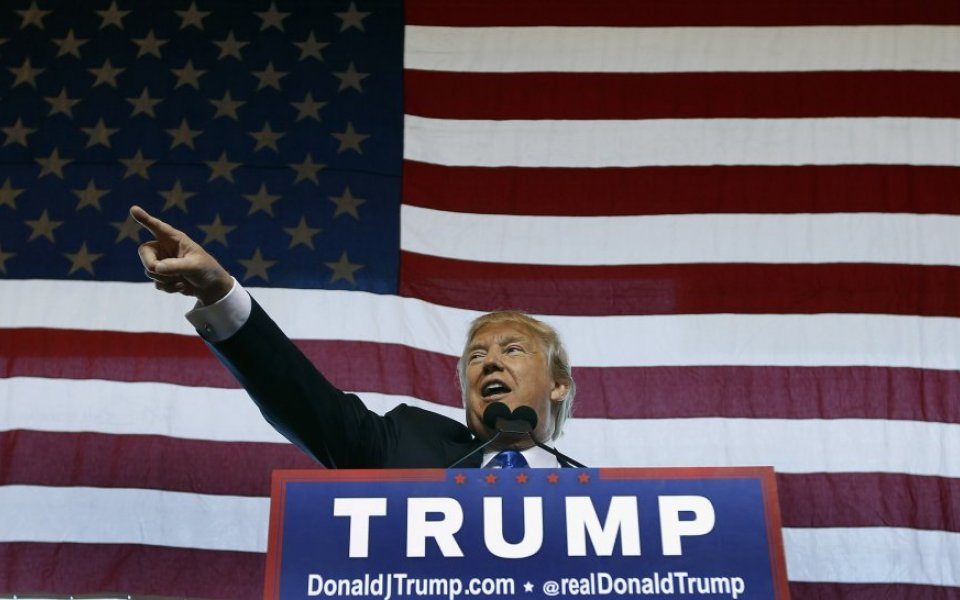 Trump’s frequently bizarre outbursts, together with his left-field initiatives in foreign and domestic matters, have led many to disregard any remark he makes. However, and at the risk of losing some readers, it is possible that Trump’s take on the Federal Reserve has some merit. As he has said, the actions of the Fed – in keeping interest rates too low for too long – have left President Obama’s successor with a serious problem in their in-tray.

There is an element of the Wizard of Oz to central bank pronouncements. Investors ache to believe that central banks are omnipotent and have the tools to cure all economic ills. But the fact is that monetary policy is close to exhausting its effectiveness, even though there are some monetary theorists who argue that central banks can just print more money or even monetise debt. In an October New York Times column, for example, the high-profile economist Paul Krugman ridiculed Republican candidates’ disavowal of Milton Friedman, an advocate of easy money, and implied nostalgia for the aggressive monetary policy employed by George W Bush’s Fed chair Ben Bernanke. Trump, however, has been among those unafraid to caution that the global economic community is at risk of looking behind the curtain, and not liking what they see.

The Fed’s current chair, Janet Yellen, shares some traits with the Wizard of Oz’s Cowardly Lion. The Wall Street Journal famously revealed that she arrives several hours early for every flight and, under her tenure, an ultra-cautious Fed has looked for virtually any excuse not to raise rates.

Yellen’s appearance in front of Congress earlier this year confirmed that the Fed is still in “wait and see mode”. Her guarded language was consistent with the Fed’s zero rate programme of the last seven years – a policy which looks set to unravel. My take, expounded over the course of last year, is that the Fed was becoming increasingly boxed in, having left interest rates too low for too long. The sell-off in global equity markets is in part a recognition by investors that central banks have run out of policy ammunition to deal with the next recession and the next financial crisis, and also a clear sign that the Fed can’t hold the markets up indefinitely. The irony is that Yellen’s policy, as identified by Trump, is taking clear risks with financial stability and is perpetuating a boom-bust financial cycle.

It is entirely possible that the Fed will have to cancel further rate rises altogether this year. Recent US economic indicators, whether retail sales, industrial production, capex orders or the closely-watched ISM data, all point to a slowing economy. Reluctance to raise rates when the going was good makes the Fed rate hike in December look like a policy error, having been left too late to normalise the monetary stance. While one might not agree with Trump’s “conspiracy theory” that the Fed has kept interest rates irresponsibly low to save Obama from overseeing another recession, it seems like the Fed’s dovishness will have ramifications.

If anything, all that has happened since the last crisis is that unconventional monetary policy has created bubbles in equity and credit markets. If central banks are powerless to deal with a looming recession which is accompanied by a wave of deflation, then it is no surprise that equity markets are again under pressure. As some have cautioned, should the US and other high-income economies be hit with recession now, they have much less latitude to re-employ conventional monetary loosening than before. Efforts to stave off the next crisis may end up being even more unconventional: the Bank of Japan has already imposed negative interest rates, in effect a tax on banks, while “helicopter money” is just one of the other mooted remedies for the next recession.

I believe there’s a chance that, whoever picks up the mantle from President Obama, will shortly be replicating his first 100 days, dealing with the aftermath of another crash caused by the bursting of an asset bubble. The renewed problems banks are already facing do not bode well for the industry, and corresponding loan stagnation in the US and the Eurozone also suggests a significant knock-on effect for the wider economy.

In what has so far been the most unpredictable and surreal election campaign in a generation, one of the strangest realisations is that Trump seems closest to having finished the journey down the Yellow Brick Road, seeing the folly of recent Federal Reserve policy for what it’s worth.