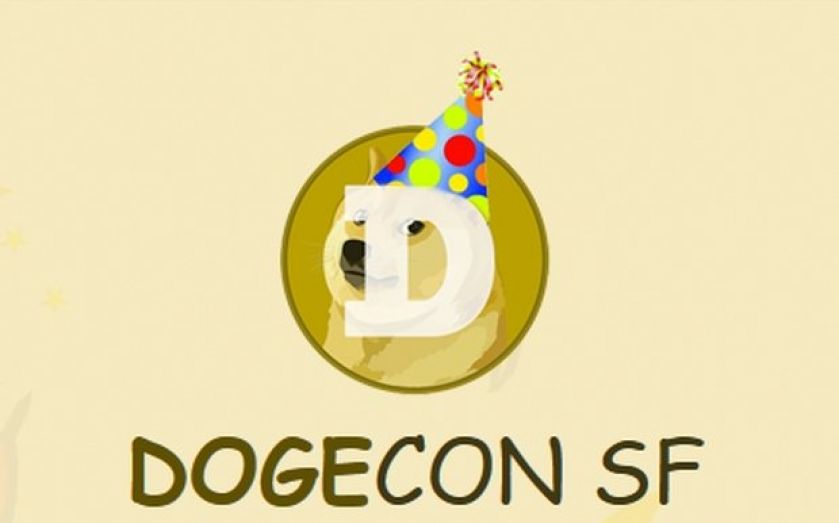 Finally – the conference Dogecoin investors have been waiting for.

The amusingly titled "Dogecon" will be hosted in San Francisco on 25 April, with six hours of panels and keynotes.

They'll be bringing together top entrepreneurs, investors, and activists interested in the meme-based cryptocurrency.

And it's one that already boasts a range of speakers, including the creator of the coin, and other top names in crypto.

Registration is free, and aside from the formal events, attendees are set to compete in a costume contest – the most creative Dogecoin-related attire will win – and participate in "other Doge games for Dogecoin prizes".

Would-be attendees can sign up here, and can contribute to prize funds by sending Dogecoin to this address (which at the time of writing holds a balance of zero).

It looks like fun, at least for those who get excited by cryptocurrency conferences, but are the organisers taking Dogecoin's potential seriously?

Like its counterpart Bitcoin, Dogecoin is a digital currency, with a couple of twists.

It's very popular as a means to "tip" other users of the web. Dogetipbot allows users of the cryptocurrency to send the currency to others very quickly, "often as a reward for an exceptional comment or post", according to the service's explainer.

That has allowed one user to send $11,000 over Twitter near instantaneously, and with minimal processing fees – which sees it compare very well with traditional payment processors, like PayPal or Western Union. By 21 March, more than $70,000 had been sent via the tipping system in around six months.

But unlike Bitcoin, it's not finite in supply, which may make it more appropriate as a replacement for traditional fiat currency.

It's not clear that Dogecoin's own userbase is keen for the currency to become a replacement for traditional money, or for it to be used as much else than a means of rewarding others on the internet for producing or sharing content.

One Dogecoin advocacy group, the Dogecoin Foundation, states that its own purpose is to ensure that the currency remains a "reliable and trustworthy medium", while ensuring that unlike other cryptocurrencies it does not degenerate into a "pump and dump" mechanism.

At present, the cryptocurrency has a market capitalisation of around $46.2m according to coinmarketcap.com, ranking it as the fifth largest currency of its type by that measure, behind peers Bitcoin, Litecoin, Peercoin, and Ripple.

Even if Dogecoin is just a joke, and doesn't survive, then some of its features likely will.

Preston Byrne, a fellow of the Adam Smith Institute and a commercial lawyer specialising in securitisation and cryptocurrency in the City of London, says that such alternative currencies do offer great opportunities for corporates – which could easily repurpose their Twitter presences to accept payments in cryptocurrencies.

One study, "A Fistful of Bitcoins: Characterizing Payments Among Men with No Names", suggests that 64 to 75 per cent of the dominant cryptocurrency, Bitcoin, has never been spent. So Byrne sees room for competitors in the crypto-arena – "in my view, the battle for supremacy in this market segment is far from over."

Using such alternative currencies could see companies minimise exchange risk with an instantaneous cash sweep mechanism, or third-party services like GoCoin. And the benefits they'd enjoy? Those negligible transaction costs, as well as completely transparent transaction records, and irreversibility of transactions.

"If major corporates are looking for a way to improve their margins by three per cent without a great deal of capital expenditure, this may be one way of achieving that," says Byrne.