What does the year of the pig hold for stocks? History has some clues 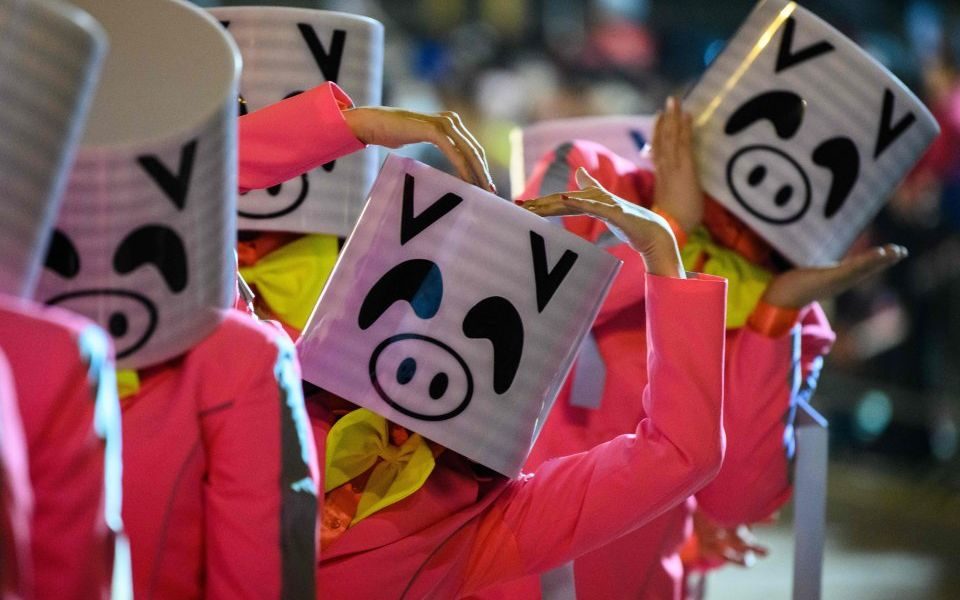 Chinese stock markets are currently on holiday, with traders and consumers off celebrating the arrival of the Year of the Pig. But maybe equity markets across the world have something to celebrate, given the past performance of stocks during previous porcine-themed years.

Of course, past returns are no guarantee of future gains, but even if banking on an 18.1 per cent return is too specific, there are several indicators already that this Year of the Pig could be another good one for traders.

US Stocks Snap Back After December Sell-Off

US stock markets have begun the year on top form. The S&P 500 and the Dow both gained over 7 per cent in January, which represents the best start of year performance since 1987 and 1989 respectively.

Considering the depth of the December sell-off, the extent of the recovery suggests markets are not as low in confidence in corporate America as we thought. Another strong earnings season, which so far has resulted in an average of 1.1 per cent gains for the stock prices of companies reporting, has given the bulls reason to cheer.

There’s cause to be positive on Asian shares as well. Even though the Hang Seng index dropped 13.6% during 2018, it has already rebounded around 5% so far this year. Since 1971 the Hang Seng has closed higher in each of the four Years of the Pig.

The monetary policy landscape is also supportive now that the Federal Reserve has put the handbrake on its plans to normalise interest rates.

Towards the end of 2018 markets were growing increasingly concerned that the Federal Reserve was raising borrowing costs too quickly, given the weakness seen in recent economic data. Policymakers performed a quick U-turn in the final quarter of the year, and for now are cautioning patience with regards to any further adjustments.

Policymakers in other economies are becoming equally dovish. The European Central Bank, despite having recently ended quantitative easing, may not even deliver the one interest rate hike markets have long-expected would arrive in 2019.

In New Zealand, recent poor jobs data has seen odds of a rate cut increase, while Australian policymakers this week floated the idea that the official cash rate may have to be lowered if income and spending weakens further.

Before we get too excited it’s worth remembering what market conditions were like in the last Year of the Pig.

During 2007 the US housing bubble burst, sending shockwaves through the financial markets, because investment banks and hedge funds were highly leveraged on unregulated mortgage-backed securities. Investment banks like Bear Stearns collapsed, while others such as Morgan Stanley and Goldman Sachs suffered huge stock drops.

Although stocks ended higher, there were several notable declines and, like 2018, 2007 ended with a massive sell-off.

Will Trump’s Protectionism Stop with A China Deal?

While a sub-prime mortgage fuelled recession isn’t on the cards, markets are becoming increasingly worried that the world’s largest economies are reaching the end of their growth cycles. Economic data from the US and China has showed weakness, exacerbated by the trade war between the two nations.

US and Chinese negotiators only have until the beginning of March to thrash out a new trade deal, otherwise President Trump has threatened to raise tariffs on $200 billion worth of Chinese goods from the current 10 per cent up to 25 per cent.

The Chinese economy is already showing the impact of tariffs, with hundreds of domestic companies issuing profit warnings. In the US, recent earnings reports from Caterpillar and NVIDIA blamed a weakening Chinese economy for their poor performance and guidance, respectively.

Even if the US and China do agree a deal, trade remains a threat. Trump would see it as a victory, and this could encourage him to go after other trade partners, such as the European Union. With the EU economy at risk of being damaged anyway by a hard Brexit (not to mention the UK’s), this could be an unsettling development.

The International Monetary Fund recently cut its global growth outlook for 2019 by 0.2 per cent to 3.5 per cent – and they’re not the only ones. The past few days have seen the EU cut Eurozone growth expectations 0.6 per cent to 1.3 per cent, the Bank of England slash half a percent from its UK outlook, which is now down to 1.2 per cent, and the Reserve Bank of Australia cut its projects for Australia to 2.5 per cent from 3.25 per cent.

So, while US market conditions at the moment are broadly supportive for equities, systematic risks are increasing.