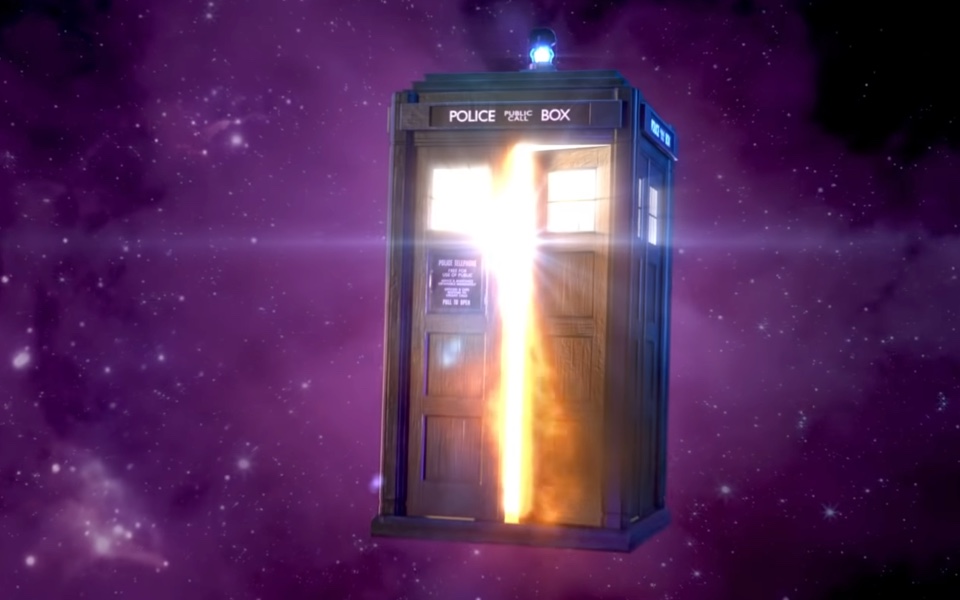 If you’ve ever wanted to step out from behind the sofa and into the TARDIS, your moment has arrived. Doctor Who: Time Fracture is a new, interactive theatrical event from Immersive Everywhere, the team behind 2019’s immersive adaptation of The Wolf of Wall Street.

In the back streets of Mayfair, minutes from Oxford Street, is a secret underground base. Here a dedicated team from the planetary defence organisation UNIT is trying to contain the temporal disruptor, a device of alien origin, which threatens the very fabric of reality. You have been summoned, along with a ragtag bunch of other civilians, on the recommendation of the Doctor, who knows your skills will prove invaluable in the adventure which is about to unfold. This is the set-up for an interactive, wibbly-wobbly, story-wory which is uneven, but ultimately a lot of fun.

From a staging area, a lab-coated scientist ushers you into a room where your mission is explained by Kate Lethbridge-Stewart, UNIT’s Head of Scientific Research. She appears via video, and is played by Jemma Redgrave, who also portrayed the character on TV. This is the first of many such recorded cameo appearances, which will certainly appeal to fans of the series looking for connections between Time Fracture and the canonical Whoniverse.

Next you are hurried into a control room where social distancing is briefly maintained as you are directed to stand on dots, painted equidistant from one another on the floor. Order is maintained for about a minute, after which the only concession to Covid is that audience members are required to wear face masks. The control room is monitoring a fracture in space-time, which is destabilising, leading to time-quakes and alien invasions. The latter appear now and then as news flashes on some of the many flat-screens that fill the walls.

This introductory sequence is the nadir of the experience, as the background noise drowns out whatever the scientists are trying to tell you, and their performances and energy levels vary wildly. Some are providing low-key Doctor Who pop-quizzes, while others serve up hammy am-dram mad scientists, and seem more interested in monologuing their own character’s back-story than they are in providing any practical information or offering the audience a relatable connection to draw them into the show. After 15 minutes of this, it is a palpable relief when the Daleks arrive to exterminate everyone.

Fortunately, you escape through the time fracture and into a sort of weird, liminal, galactic garden party, and the show improves decisively. With better acoustics, and all of the actors now operating on a similar wavelength, the tone of the piece becomes easier to gauge, and things start snapping into place.

A cast of friendly Time Lords and assorted others move in, picking off small groups from the audience, and involving them in their own particular storylines. From this point onwards, the experience of individual audience members diverge, and everyone gets something different.

My group was swept up by Zoria, an edgy space-rogue with questionable morals and an unquestionable sense of style. Portrayed with swashbuckling panache by Ivy Corbin, she drew in even the reluctant participants still trying to adjust to the production’s abrupt upward gear-shift. In no time at all we were strong-arming Leonardo DaVinci, testing our knowledge of Shakespeare against the bard himself, and setting up a black market deal with Brolls the Pig Slave (a character that Maxwell Tyler managed to imbue with a greasy charm, even from behind an inexpressive latex mask). During this time other groups were learning to dance in the court of Elizabeth I or exploring the tomb of the Cybermen, but eventually, things come to a head and Zoria makes her escape through another time fracture, with the audience in pursuit.

You emerge into Zaggit Zagoo, the cocktail lounge of an interplanetary cruise liner, in the year 3000. This serves as the show’s intermission, and also its highpoint. You are accompanied by actors who remain in character as they converse with you at your table. The cocktails themselves range from fine to pretty good; the Dark Matter could see you slipping into a black hole if you’re not careful. On-stage entertainment is provided by a pair of chanteuses singing alien arrangements of popular songs. There is the solicitous Silurian Lady Serestas (Daisy Winter-Taylor, whose reptilian makeup is the best in the production), and the show tune belting Celeste Amorea (Ellamae Cieslik, resplendent in blue).

If you overlook the gunfight and attempted assassination, the bar is a wonderfully relaxed place just to hang out, and when the show eventually ends its run, the venue really ought to be preserved and repackaged as a permanent attraction somewhere in the West End; a sort of family friendly, Doctor Who-themed drag bar. All it’s lacking is a food menu and karaoke.

The disinhibiting effects of the cocktails made for a livelier and more playful second half, suggesting it might grease the wheels if alcohol were served in the staging area before the start of the show, (a possibility the production should consider seriously once Covid rules are relaxed to allow unseated drinking).

Intermission over, and after narrowly escaping some fan-favourite villains, you find yourself on Gallifrey, homeworld of the Time Lords. You’re immediately sucked into political intrigue, with the heads of the great houses attempting to sway you to their side of the argument, before a vote which could determine the fate of existence itself.

This sequence culminates in the unexpected resurrection of Rassilon, the Time Lord’s first Lord High President. Played with steely authority by Jenny Horsthuis, Rassilon dangles the lure of glamorised fascism before the audience, if only they agree to make Gallifrey great again.

It would be churlish to spoil the ending, so suffice it to say that while anyone acquainted with the show will not be surprised by the outcome, they might be surprised by how it comes about.

Exit through the gift shop, and don’t forget to pick up a copy of the formidable souvenir programme. Full of images, information, and activities, with a lenticular cover and fold out sections, it’s practically a coffee table book.

Doctor Who: Time Fracture is a messy, but intermittently brilliant production, and the extent to which you enjoy it will depend on your pre-existing knowledge of Whovian lore, your ability to play with the actors, and the particular sub-plots and side-quests into which you are drawn. If you dislike Doctor Who, then steer clear. But if not, and you have a passing acquaintance with the series – new or old – then grab a fez or a long scarf, and book yourself a ticket. Allons-y!