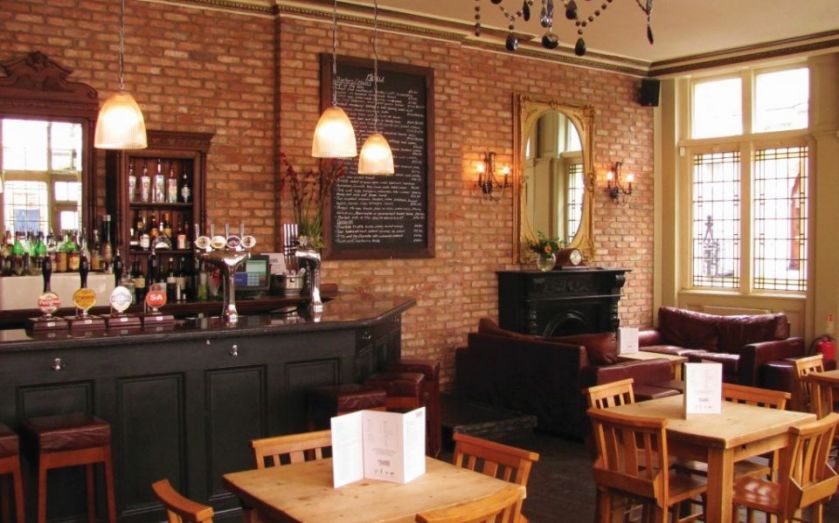 London, once a collection and a few spots still manage to retain that village feel. One of those is Marylebone, where an enlightened landlord ensures that the high street is still today blessed with an impressive selection of independent retailers, who get priority over the regular chain stores.

And as every village ought to have its village pub, let that be The Coach Makers. Located just off the high street in Marylebone Lane you'll find a good, seemingly straightforward bar that feels really connected with the locality. Step inside and you’ll find it offers much more.

You’re greeted to a bright, airy ground floor bar filled with a goodly collection of locals, as well escapees who have ventured north from the hustle of Oxford Street, and culture vultures slaking their thirst after viewing the Wallace Collection around the corner.

As local offices close and rush hour starts, expect the ranks of drinkers to swell with those seeking a pint or two before heading home. There's an ample selection of draught beers and delicious ciders to appease even the most discerning of drinkers, including the delectable Symonds Founder’s Reserve cider.

Here's a proper pub – the hubbub of folks chatting, bare brick walls and timber plank floors and tables, menu specials and the occasional pearl of wisdom on blackboards. But there is more than meets the eye to this local and for those seeking a more cosy and intimate setting, head down to the secret basement speakeasy. You could also head upstairs to the Gin Palace where the atmosphere is a little quieter. If you fancy some fine gastropub grub, the first floor is set up as a dining room, though it too has its own bar.

Grab some sun while you still can and squeeze along on the outside benches which stretch along the edge of the pavement. But do expect to be asked to step inside as the sun goes down, as The Coach Makers sits in the middle of a residential area. If you're an oyster lover, this is your kind of pub – they're available singly, or by the half dozen. Alternatively, there's a selection of tapas dishes from the menu. And alongside the menu, there's an impressive wine list.

The Coach Makers is the latest incarnation of this pub, which has been around for 140 years and run under several names through the last decade or so. This one, with its deceptively simple format, looks set to stay for some long time.

The Norfolk Arms, WC1H 9EP
There’s more than a hint of tradition about this West End pub, from its glazed tile exterior to an Art Deco fireplace. No nonsense menu combines traditional ploughmans with serano ham.

The Sun Tavern, WC2E 9JD
An eclectic mix of modern meets traditional interior, with plenty of window seats to watch the world go by. Great for a pre-theatre drink.

Temple Brew House, WC2R 3JF
Staking its claim to be London's most central micro-brewery is this delightful basement pub. It's certainly one of the newest, only opening in late 2014.