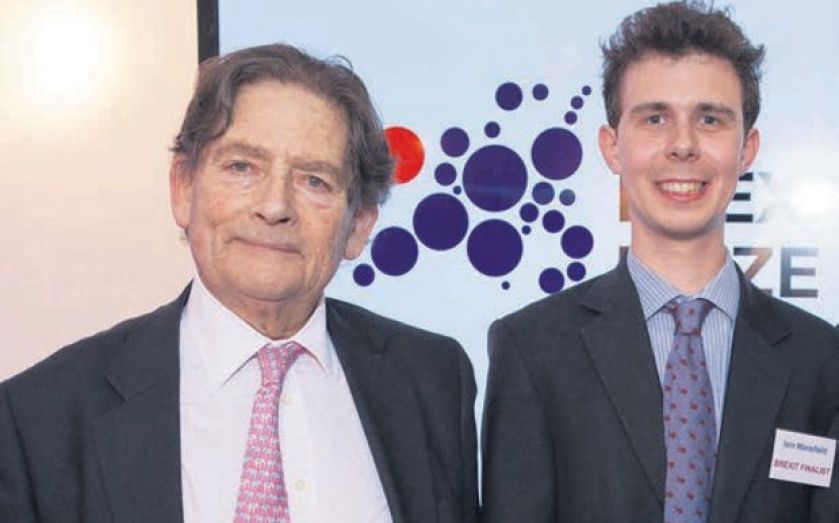 THE UK could boost its GDP by £1.3bn if the country left the EU and negotiated a looser relationship with Brussels, according to the winner of a competition to design a “Brexit” plan. The Institute for Economic Affairs (IEA) announced a competition last year to plan a potential exit from the EU for the UK, in the scenario that the British people voted to leave the bloc in a referendum. Yesterday evening the IEA announced that the winner of the prize was Iain Mansfield, director of trade and investment at the UK embassy in the Philippines. Mansfield pockets the group’s €100,000 (£82,360) prize for his blueprint, which would see the UK take a relationship somewhere between Switzerland’s and Turkey’s in terms of its closeness to the EU. The plan suggests that the UK joins the European Free Trade Association (EFTA), like Switzerland, but not the European Economic Area, allowing the UK to negotiate its own trade agreements when necessary. The programme would likely see the UK shed the EU’s free movement of people, contributions to the EU budget and free movement of agricultural goods. However, the country would hang on to partial free movement of services, as well as free movement of goods. The impact on GDP would be a £1.3bn boost in Mansfield’s most likely estimate, and as high as £16.1bn in his best case scenario. However, he concedes that the worst case scenario could hit UK GDP by £40bn. Lord Lawson, former chancellor and chairman of the competition’s judging panel said: “Iain Mansfield’s prize-winning entry provides an excellent starting point for this important debate, written with the experience of a serving member of the diplomatic corps with a solid background in trade policy.” Mansfield adds that as the UK exits the EU, it could then bring in a new “great repeal bill” to roll back the regulations brought in through EU directives, using the example of the working time directive. DETAILS OF THE PLAN ■ The UK would stay in the European Free Trade Association, but outside of the European Economic Area, and be able to negotiate its own trade deals. ■ In Brexit negotiations, the UK could likely keep free movement of goods and capital, but free movement of people and agricultural products are unlikely to be upheld if the UK left. ■ Better relationships with allies such as Australia, Canada and France and new relationships with emerging markets. ■ In the most likely scenario, trade with the EU would be cut by £9.3bn, but external trade would still rise, with a 0.1 per cent boost to GDP, of £1.3bn. ■ In the worst scenario, EU trade would fall by £19.2bn, foreign direct investment would be hit hard and GDP would fall by £40bn, or 2.6 per cent. ■ But in the best scenario, EU trade would only fall by £7.7bn, and foreign investment into the UK would actually rise, following a 1.1 per cent boost to GDP, worth £16.1bn. ■ The UK would not contribute to the EU’s budget, unlike Norway and Switzerland.