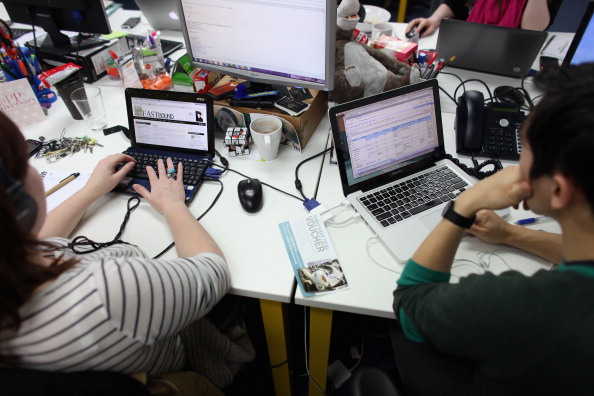 Salaries for employees in the UK’s digital sector are more than 50 per cent higher than the national average, according to government figures published today.

The figures also showed digital sector salaries grew 2.4 per cent last year, outpacing the average growth of 2.2 per cent across all UK industries.

However, the UK’s tech firms are still plagued by a gender pay gap, with women earning just 79p for every £1 earned by men.

This pay gap of 21.5 per cent is wider than the 17.9 per cent disparity across all UK employees.

“These statistics demonstrate the strength and attractiveness of the UK tech sector with earnings higher than the average,” said Nimmi Patel, programme manager for skills and diversity at Tech UK.

But Patel said the tech sector must ensure it is attractive to both women and people from diverse backgrounds.

“We are committed to making this a reality through various initiatives that grow and strengthen the pipeline and through our work with government and others to create new pathways into tech,” she added.

London has retained its title as the UK’s tech hub, with workers in the capital securing average earnings of £46,500, more than 40 per cent higher than the city’s average.

However, figures released earlier this year by employment firm Hired suggested that pay cheques for at London tech firms still lag behind deep-pocketed US rivals.

“With Brexit looming and London’s position as a global tech hub potentially under threat, it is particularly encouraging to see that businesses in the capital are offering competitive remuneration and taking steps to increase incentives to attract talent from across the UK and beyond,” said Russ Shaw, founder of Tech London Advocates.

“However, for a sector crying out for skilled workers to not only have such a prominent gender pay gap, but one that is wider than the national average, is counterproductive and simply wrong.”