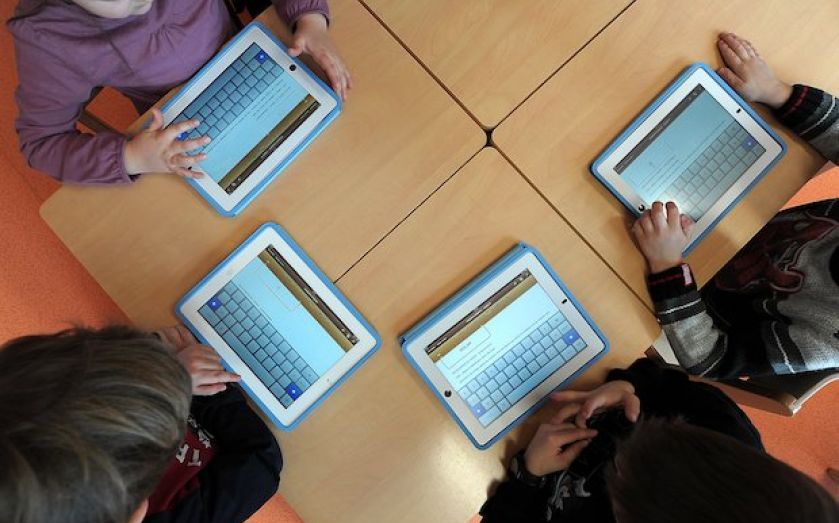 THE NEXT time you are puzzled by an app on your smartphone, the chances are that your three year-old will have the answer. An astonishing 57 per cent of children aged three to five can operate at least one mobile app, up from 19 per cent in 2012. The third anniversary of the Digital Diaries research by security firm AVG Technologies reveals that, by the age of three to five, more kids can navigate screens on a smartphone (47 per cent) or play a computer game (66 per cent) than can swim (23 per cent), tie their own shoe laces (14 per cent), or know what to do in an emergency (25 per cent). This survey of over 6,000 mothers across 10 countries indicates that the one thing today’s “connected” children will not be doing with their smartphones is calling home. Only 13 per cent know their parents’ phone number. The digital divide between a generation unfamiliar with emerging technologies and one of digital natives that grew up “internetworked” is disappearing and we are racing to adapt. The Office of National Statistics reports that 98.7 per cent of Britons aged 18 to 24 are online. As these natives start to have kids of their own, like second-generation immigrants, they are culturally assimilating in a networked world with 59 per cent of households owning three or more connected devices. But the digital divide is as much about usage as access, and knowing how to use digital devices is now almost a birthright. The challenge we face, augmented by technology, is what we do with these digital literacies. It’s similar when teaching a child to read and write. Learning how is the first challenge, but it is what you do with these skills that determines their value and risks. Can we trust parents to lead by example? Through the cultural phenomenon of “sharenting”, parents are gifting children a digital footprint before they can walk, talk, or – in some cases – leave the womb. In 2013, 62 per cent of participants in the Digital Diaries study uploaded a photograph of their child before their first birthday, and almost a third at the prenatal stage. In the Institute of Management Studies at Goldsmiths, University of London, we are working with AVG to analyse the implications of these digital tidal waves. In practice, we are forecasting what the digital world will look like for the children of today’s children. Structurally, we are building on projections associated with power and exponential laws – like Moore’s Law for processing power and Wright’s Law for progress increasing with experience. Preliminary results hint at implications in three areas: privacy and security, socio-economics, and culture. On current trajectories, over 90 per cent of kids aged three to five will be able to operate a smartphone in five years’ time. Access will become a non-issue – but access to and through what? The Internet of Things embeds sensors and advanced instrumentation into a range of everyday devices. Already more people use their phone for gaming than calls. Big Data will just be data, and the collection and analysis of enormous pools of human activity will be commonplace. For individuals, data services will migrate from extensions like phones to the embedded sensors and purpose-built devices of wearable technology and augmented reality. For privacy and security, citizens of the world will need digital guardian angels, watching over them and monitoring access and the commodification of their personal information. This will be particularly crucial for children, dealing with the risks of cyberbullying and grooming. Socio-economically, over the next five years, we’ll see further evidence of a global transition from the last generation that doesn’t “get” digital to a hybrid generation, with one foot in traditional hierarchical practices and the other in digital networks and crowds. Hinting at the possibilities in corporations are innovations like Appirio’s crowdsourced and peer-reviewed data science, and Zappos’ wholesale adoption of Holacracy. A new system of corporate organisation, this employs circles of authority instead of traditional management reporting structures. Culturally, there are regional discrepancies in the research. Children aged six to nine in Brazil are nearly 10 times more likely to use Facebook than those in the UK. Germans are most likely to believe that the internet hinders social skills, and Americans agree most enthusiastically that mobile tech promotes problem solving. What also stands out, however, is the similarity in the data from around the world. In contrast with the technological obsession with geo-location, digital disruption is bringing with it a transition from local language, customs, and culture to borderless cultures formed by shared interests, values, and beliefs. Dr Chris Brauer is director of innovation in the Institute of Management Studies at Goldsmiths, University of London. AVG’s research is at www.avg.com/digitaldiaries