The Democrats' rising star is borrowing policies from Ned Flanders 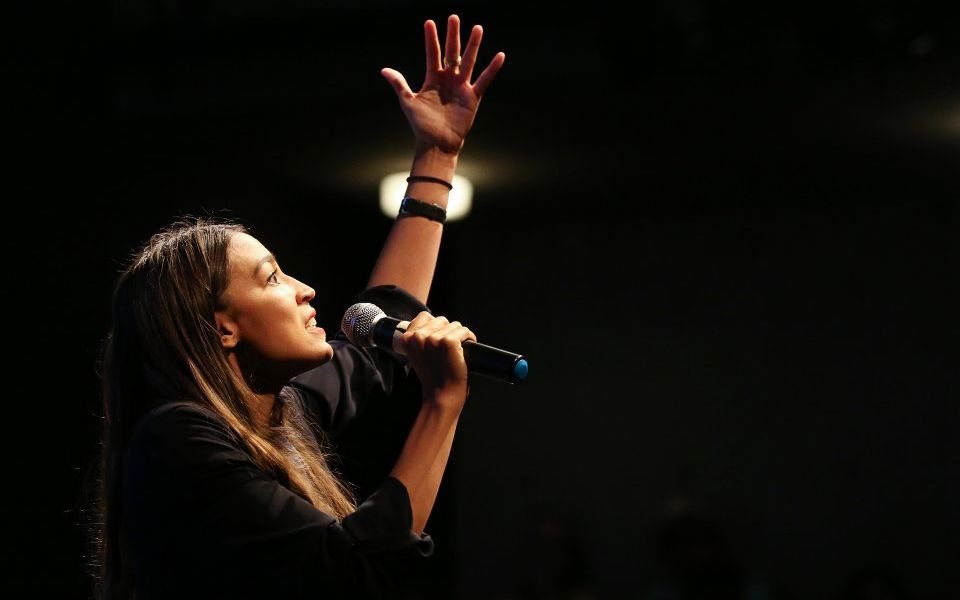 The rockstar of the Democratic party, Alexandria Ocasio-Cortez, published House Resolution 109 of the 116th Congress last week, an ambitious non-binding resolution dubbed the Green New Deal, and over the weekend economists and academics went over it line by line.

The historian Niall Ferguson summed up much of the hostile reaction: “This is what you get when you recruit your legislators more or less directly from college.”

In American politics, Ocasio-Cortez is energising a new generation of voters and is proud to call herself a democratic socialist. This label may not be controversial in European democracies but in America it's a bold move. For decades the US left has defined itself as liberal against the conservatism of the Republic party, but with the publication of the Green New Deal – endorsed by most of the leading contenders for the Democratic presidential nomination – socialism has entered the mainstream.

Climate change is at the heart of the radical proposal, with an astonishing call to meet 100 per cent of America's power demand by “renewable and zero-emission energy sources” (nuclear ruled out) within 10 years, but it devotes a lot of ink to tackling the “systemic racial, regional, social, environmental and economic injustices” on which Ocasio-Cortez's political platform is based.

The new Congresswoman wants to guarantee a job “with a family-sustaining wage” to every single person in America – a bold and eye-wateringly expensive idea. This policy alone is estimated to come with a price tag of $5 trillion over 10 years. Other federally protected rights should include “access to nature.” The generosity is not confined to those willing to work. A briefing note accompanying the draft Green New Deal went further, pledging economic security for people “unable or unwilling to work.” The first half of this commitment is laudable, but the second half puts one in mind of cartoon character Ned Flanders, the moral antitheses of his neighbour Homer Simpson. In one episode, Flanders gleefully explains to his young son that taxes pay “for policemen, trees, sunshine…and let's not forget the folks who just don't feel like working – God bless 'em!” This quote wouldn't seem out of place if tweeted by Ocasio-Cortez.

When asked how her proposals would be funded, she said “with public money appropriated by Congress.”

Ocasio-Cortez is too young to run for President, but when she comes of age she should look beyond The Simpsons for economic policy ideas.