DEBATE: With the launch of his new Brexit Party, is Nigel Farage back as a serious force in politics?

Lucy Harris
Lucy Harris is a Brexit Party MEP and former director of Leavers of London.
and Finn McRedmond 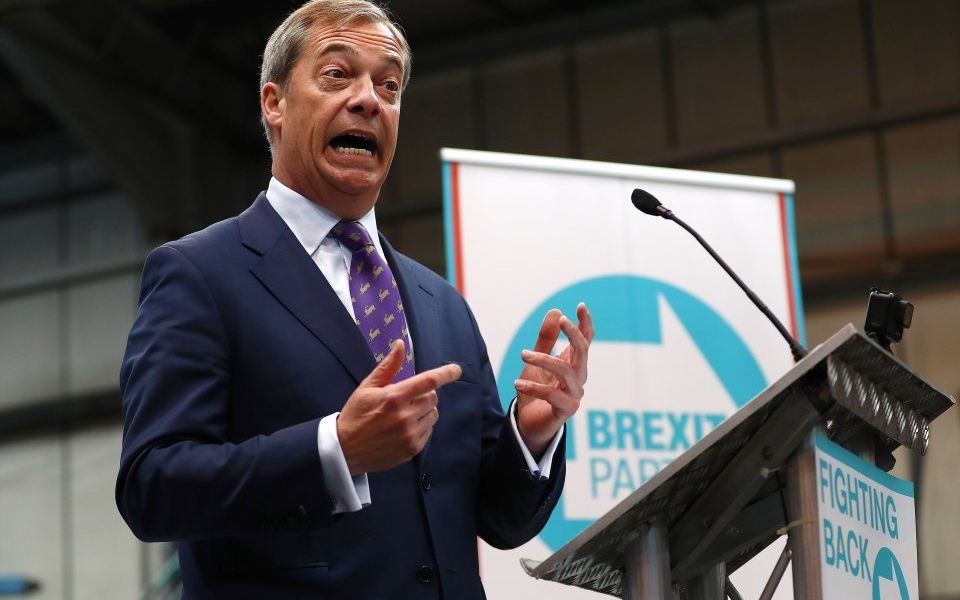 With the launch of his new Brexit Party, is Nigel Farage back as a serious force in politics?

Nigel Farage’s new Brexit Party has come out with an upbeat message and a fresh look – and that’s what many Leave voters are desperately searching for in this relentless artificial atmosphere of Brexit doom.

Farage is assembling a range of well-known candidates, and the party has a decent chance of achieving its first goal of winning the most seats in the European Parliament elections next month.

Farage’s challenge, and the long-term challenge for Brexiteers more generally, is to ensure that euroscepticism is cemented as a mainstream movement, not just a protest vote. A polished mainstream alternative that actively defends the democratic mandate of the referendum will be highly appealing to a Brexiteer base, ostracised both by Theresa May’s softening and delaying of Brexit, and Jeremy Corbyn’s flirtation with a second referendum.

There is a clear gap opening up in the political market for disillusioned Brexiteers – and Farage is placing himself smack bang in the middle of it.

The UK’s first-past-the-post voting system does not favour nascent parties.

The SDP-Liberal alliance polled at over 50 per cent in 1981, but failed to gain any traction beyond traditional liberal voting constituencies, and eventually fizzled out entirely. Faced with a General Election, Nigel Farage’s latest venture – the Brexit Party – will suffer much the same fate.

While his rebels might cause some headaches for the Conservatives in the upcoming MEP elections (in which the UK’s participation is all but inevitable), the influence they can exert from the European Parliament is minimal.

To be a serious force in UK politics, Farage and his gang need to get a foothold in Westminster. Not only does the voting system work against them, but so far they have failed to win over any Brexit-supporting Tory grandees to their side, throwing the new party’s credibility into question.

While Farage might be making noise now, the necessary elements for the Brexit Party to have a genuine political impact are simply not there – yet.