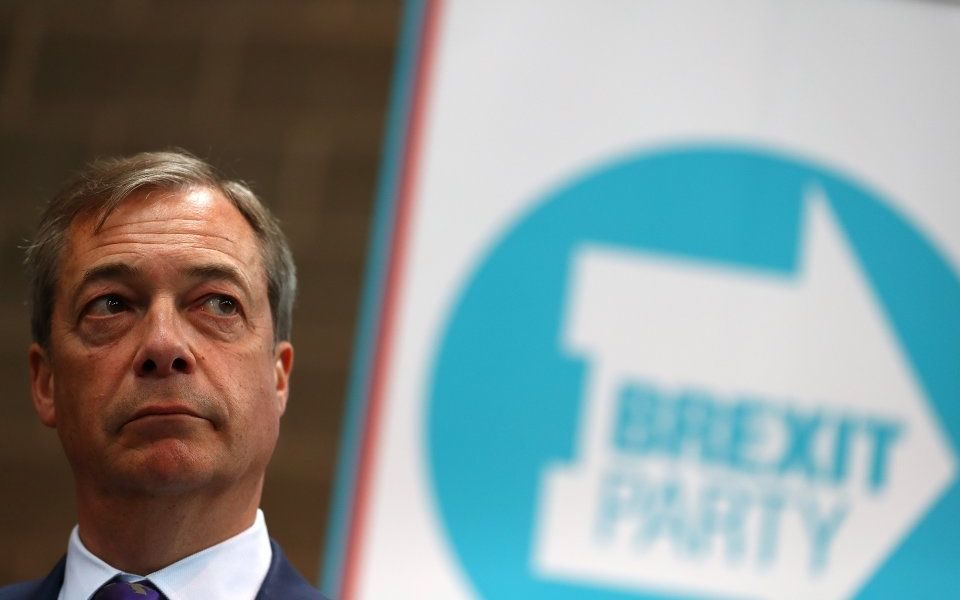 Nigel Farage's newly formed Brexit party is on course to win next month's contentious EU elections after a new poll put them on 27 per cent of the vote.

A Yougov poll for has put Farage's party in the top spot, five points ahead of Labour and way ahead of the Conservatives, which is on track to win just 15 per cent of the vote.

The Lib Dems, who advocate remaining in the EU, are on nine per cent, while Farage's former party Ukip is on seven per cent.

The Independent Group of breakaway Labour and Tory MPs, which recently rebranded as Change UK, is on six per cent and the Scottish nationalists on four per cent.

This year's elections for the European parliament are likely to prove the most controversial in years following the UK's decision to leave the EU in 2016 and parliament's inability to deliver Brexit on the set departure date of 29 March.

Currently the UK will not leave the EU until 31 October.

The Yougov poll also found that when presented with the scenario of the Conservatives campaigning on Theresa May's deal and Labour advocating a customs union, Farage's party would enjoy a 10 point lead over both the main parties.

The findings make for unwelcome reading for the two main parties, who are currently engaged in talks to end the Brexit deadlock in parliament.

Ukip, meanwhile, has also seen a sharp decline in support over the last days. In an original poll last week, the Eurosceptic party was on 14 per cent of the vote, but has halved today following the official launch of Farage's Brexit party.