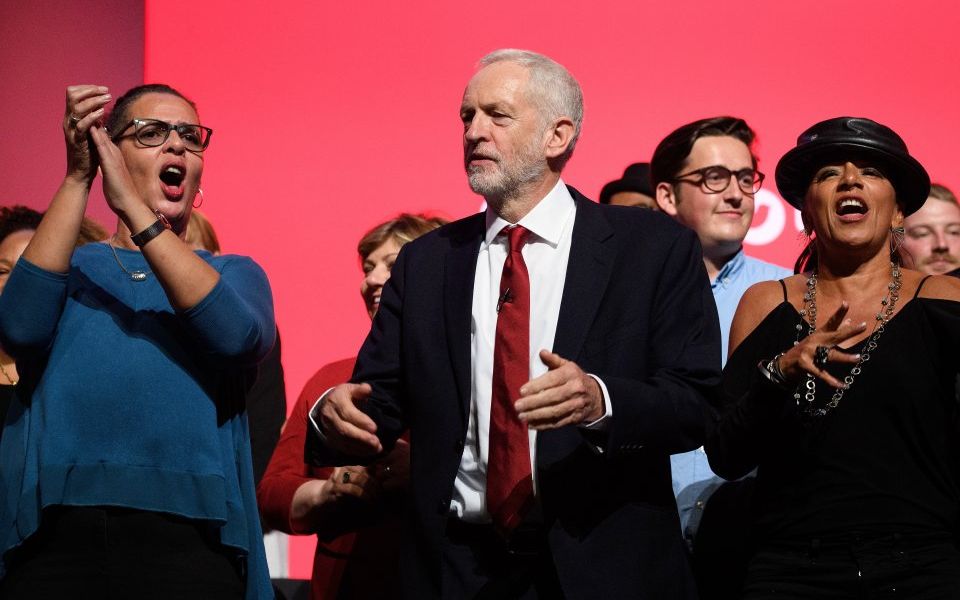 Is Labour looking more like a credible government-in-waiting after this year’s conference?

This was the pervasive sentiment: the far-left is now the mainstream. Whether Corbyn is right remains to be seen, but his focus on the legacy of Conservative austerity, combined with practical policy solutions, is sure to resonate.

Corbyn fired through a list of Tory embarrassments: failing railways, a struggling NHS, near bankrupt local councils. He provided a surprisingly coherent attack with a relentless focus on economic injustice, while deftly skirting around the divisions on Brexit that mark his own party.

Meanwhile, the Tories’ narrative for the future is solely characterised by Brexit, a political project that may well damage economic prosperity in the short term. Corbyn has fashioned Labour on a different terrain with a different focus, positioning the party as a refreshing and credible alternative to the interminably squabbling Tories.

If the long-suffering Blairite MPs in Jeremy Corbyn’s Labour party thought that things were as bad as they could get before this year’s conference, they’ve had a rude awakening.

After nearly a year of terrible press coverage, one might have hoped that the Labour leader would be doing everything in his power to put an end to dark whispers about antisemitism within the party. But for some reason, that hasn’t been his priority. Instead of boldly and specifically distancing himself from far-left antisemites, Corbyn has spent this week trotting out his tired and euphemistic “anti-racist” line to the press.

As a result, the whispers have got out of control, and Corbyn is looking shadier than ever.

Meanwhile, the sticking plaster over Labour’s Brexit divisions has been peeled away. Thanks to Brexit secretary Keir Starmer’s illuminating speech, it’s never been clearer that Corbyn and his old-left, eurosceptic friends make odd bedfellows with the optimistic young “Citizens of Nowhere”. And at last, the latter group seems to be cottoning on.